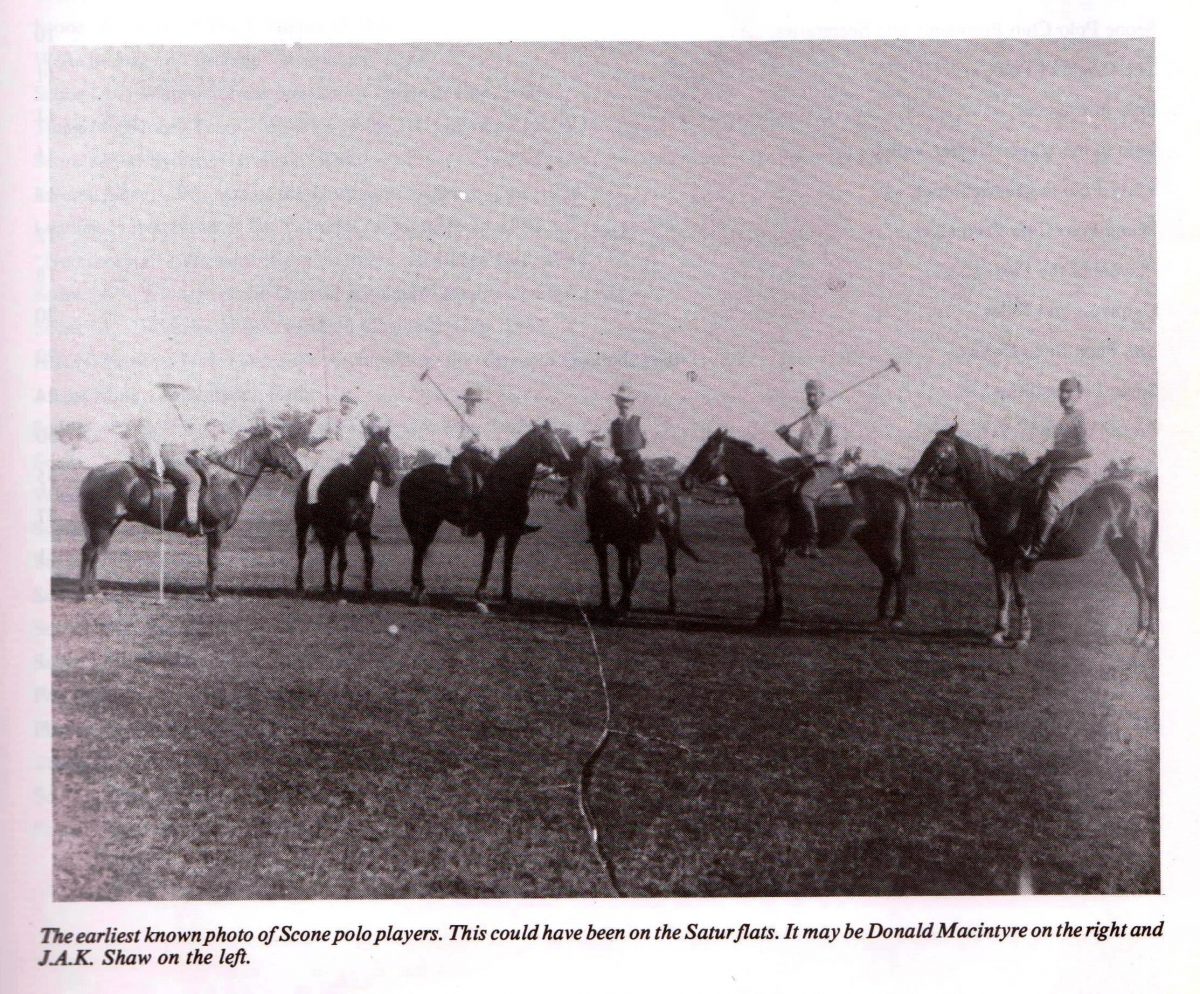 “In January 1892 Banjo and his club-mates caught the train to Scone, three hundred kilometres north of Sydney, to play polo against the landed gentry in that picturesque part of the colony. Banjo played well and in the final quarter ‘got the ball out of a hustle, and took it up the field to within  a foot of the goal, when the Scone full-back (No 4) just managed to tip it to the side and save the goal’”.

The locals eventually won, but it was a spirited match that lasted two hours, and the players all worked up an appetite for a convivial dinner at Scone’s Golden Fleece Hotel. The Members of the Committee of the Scone Club in 1891 were J A K Shaw, W B Pulling, A G White, H J Leary and W H Duckham. The Honorary Secretary was F A Parbury on whose Satur Property matches were played. Playing Members of the Scone Polo Club were J A K Shaw, W E White, A G White, V M White, A Ebsworth, F A Parbury, Dr Harry Scott, H J Leary, J J Dodd, W H Duckham, A Davies, W B Pulling and H Wiseman.

It’s just possible that this and other similar rural jousts inspired the spark for Banjo’s immortal ‘Geebung Polo Club’? Admittedly many other clubs and districts claim the right to the original entitlement. However, as author Grantlee Kieza rightly points out many of Banjo’s icons such as ‘Clancy of the Overflow’ and the ‘Man from Snowy River’ are ‘composites’?

It’s eminently possible, even probable, that Banjo Paterson cemented enduring friendships with a number of Scone’s intelligentsia including Solicitor J A K Shaw, Dr H J H Scott and Headmaster of Scone Grammar School W B Pulling. Banjo was known to make several regular visits to the town and district.

The following ‘Geebung Polo Club’ was printed in ‘The Antipodean’ the year after Banjo visited Scone to play Polo against the locals in 1892. ‘Banjo’ also played against the Muswellbrook Club at a venue in Sydney later in 1892.