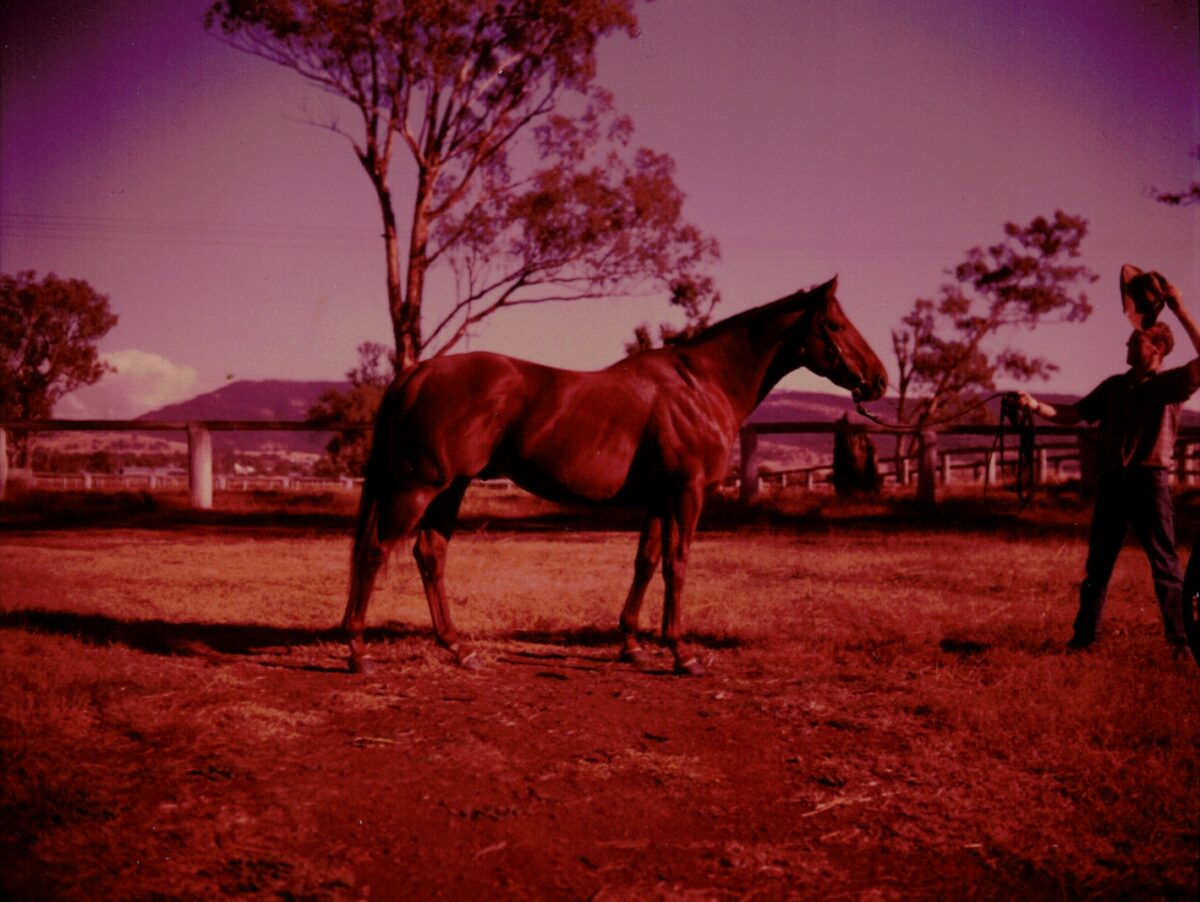 Featured Image: ‘Biscay’ at age 16 (1981) in his paddock at Bhima Stud. Stud Groom Eric Coombes is ‘showing him off’. “Long gone but not forgotten”.

Eric Coombes looked after Biscay in his first stud season at ‘Baramul’ in 1969. Next year Biscay was relocated to Segenhoe Stud for the 1970 season before his final placement at Bhima where he met up with Eric Coombes again in 1971.

“I am also very glad to learn that you have Eric Coombes with you as one of your top stud grooms. I always thought he was an excellent man, competent and interested in what he was doing”.

Eric was one of those quiet achievers without any pretence or affectation. He simply went about his job in his own way and in his own time. You could be sure of one thing. The job would be thoroughly well done and carried out to perfection or as near as possible. Several of his brothers also served the industry in their own inimical style. Dave drove for Livestock Transport in Brisbane after a session at Woodlands. Jack worked at Belltrees until retirement. Eric and Iris reared a large family. Eldest daughter Cathy was one of our early ‘babysitters’. Vince (Butcher) and Terry (Shire Council) both lived locally. Vince was a doughty player for the Scone Thoroughbreds RLFC winning several Group 21 Premierships. Biscay will be remembered and revered for several generations. Maybe his ‘minders’ like Eric Coombes and Peter Gleeson will fade quietly into the sunset?