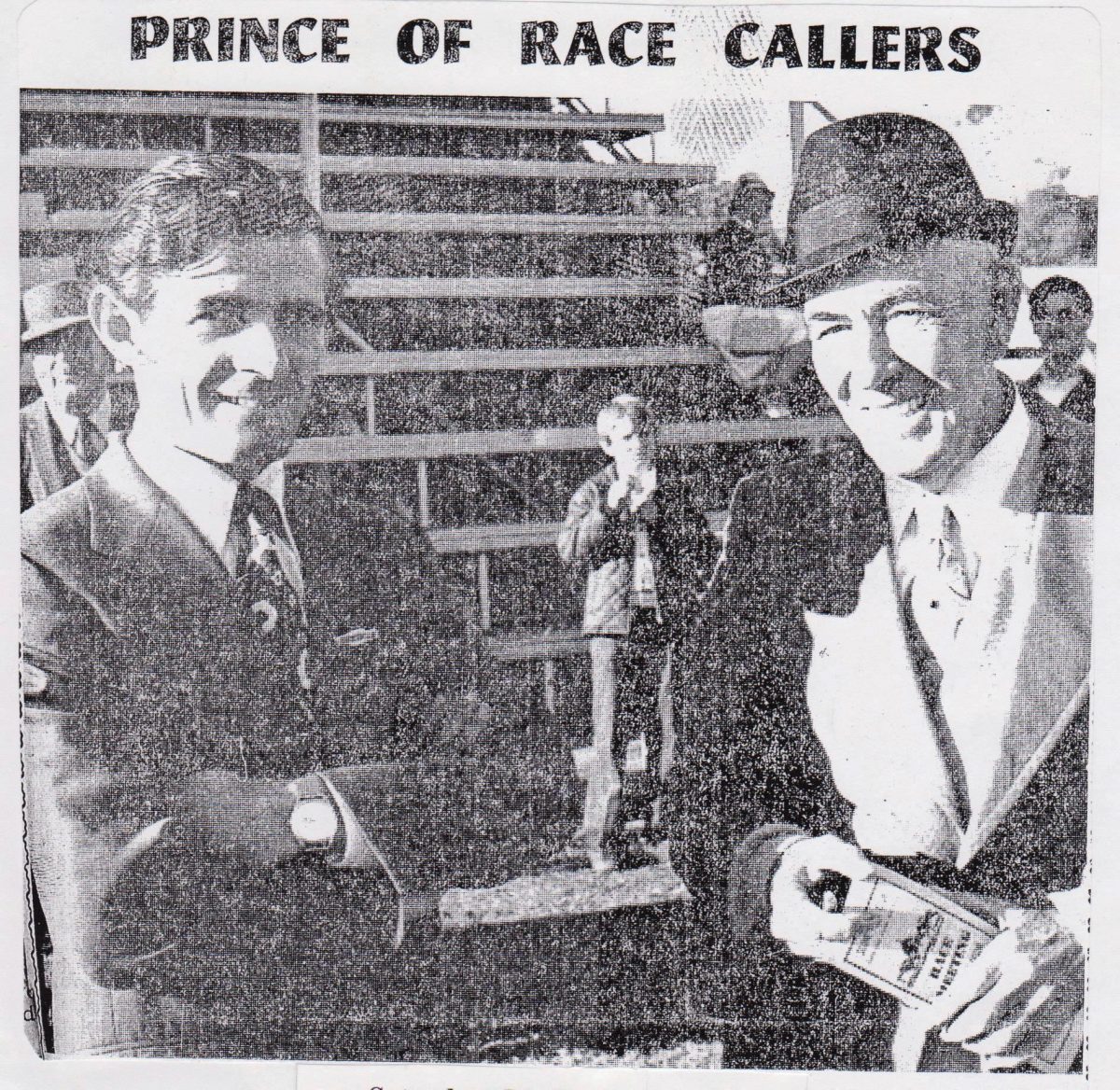 Discussing the progress of Saturday’s Trainers Day race meeting were the “Prince of Race Callers” Ken Howard, and new race club committeeman, former jockey Hilton Cope. Ken Howard received a standing ovation for his description of the Ken Howard Intermediate Cup and greatly pleased the committee with his offer to return again next year.

In fact this may have been Ken Howard’s final call? Then retired to Nambucca Heads on the north coast of NSW Ken agreed to make the long journey by car to call ‘his race’. At the time he was suffering from what ultimately proved to be a terminal illness. He did not return in 1977.

As a young committeeman I was most impressed with Ken’s generosity, dedication and professionalism. He was accompanied on the car journey by four fellow members (‘mates’) from the Nambucca Bowling Club who made sure Ken arrived safely; and made it home again. I met them at the gate. It was a road trip of about 5 or 6 hours each way. The intrepid Nambucca crew were neither intimidated nor phased. They would accept fuel expenses only in compensation. Those were the days!