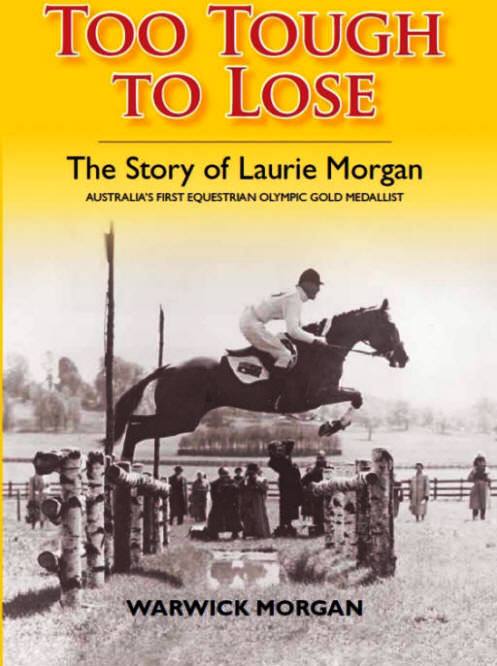 Laurie and his family were residents of Scone and district from 1941 until the early-1950s. Their home was at ‘Redbank’ on Dartbrook Creek, Moobi which Laurie had purchased from the establishment Badgery Family. Laurie and his cohorts developed the property into a successful thoroughbred stud. The first stallions to stand there were ‘Valiant Chief’ and ‘Port Vista’. The latter later burgeoned at Ron Barr’s stud at Windsor. Laurie also vigorously pursued his conjoint passions for Polo, Racing and Equestrian brilliance. He excelled at all of them. When based in Scone he was in the right place at the right time. His name appears on the Committee of the Scone Race Club throughout the era of development of White Park Race Track.

Laurie acquired a scintillating aggregation of outstanding horses when at ‘Redbank’. ‘Gold Ross’ from Merriwa was arguably his finest. Peter Gleeson told me he was! Others included ‘Salad Days’ and ‘Colledge Master’. They were to become as famous in England as they were in Australia. I clearly remember their names and outstanding achievements over 60 years later. At a time when Australian equestrian performers were unheard of Laurie shipped his horse from the western plains of NSW to England and won against the world’s best riders. Due to his incredible determination the Australian equestrian team performed brilliantly at the Rome Olympics: Australia won two gold medals and a silver medal. Laurie was known as a mean son-of-a-gun. Teammates Neale Lavis and Bill Roycroft were more subdued. It takes determination to win. This attribute they all shared. Laurie’s boyhood ambition was to train and ride his own horse in the English Grand National; which he did at the culmination of a triumphant steeplechasing career.
His trophies had barely gathered dust when Laurie took up the challenge of an Australian outback cattle station. Living under canvas Laurie and his mustering team slept in swags, trapped brumbies, mustered wild cattle, fought the tough Territorians and extreme isolation, to turn Balbirini into a commercial cattle station.
This biography of one of Australia’s greatest all-round sportsmen is written by his son, Warwick, himself an accomplished horseman, who tells his father’s story and of his life with this remarkable man. There are incredible tributes from Buckingham Palace, Dr Reiner Klimpke, John Lawrence (2nd Baron Oaksey) and Sinclair Hill. This is the subject of the featured image and is available online from the author.