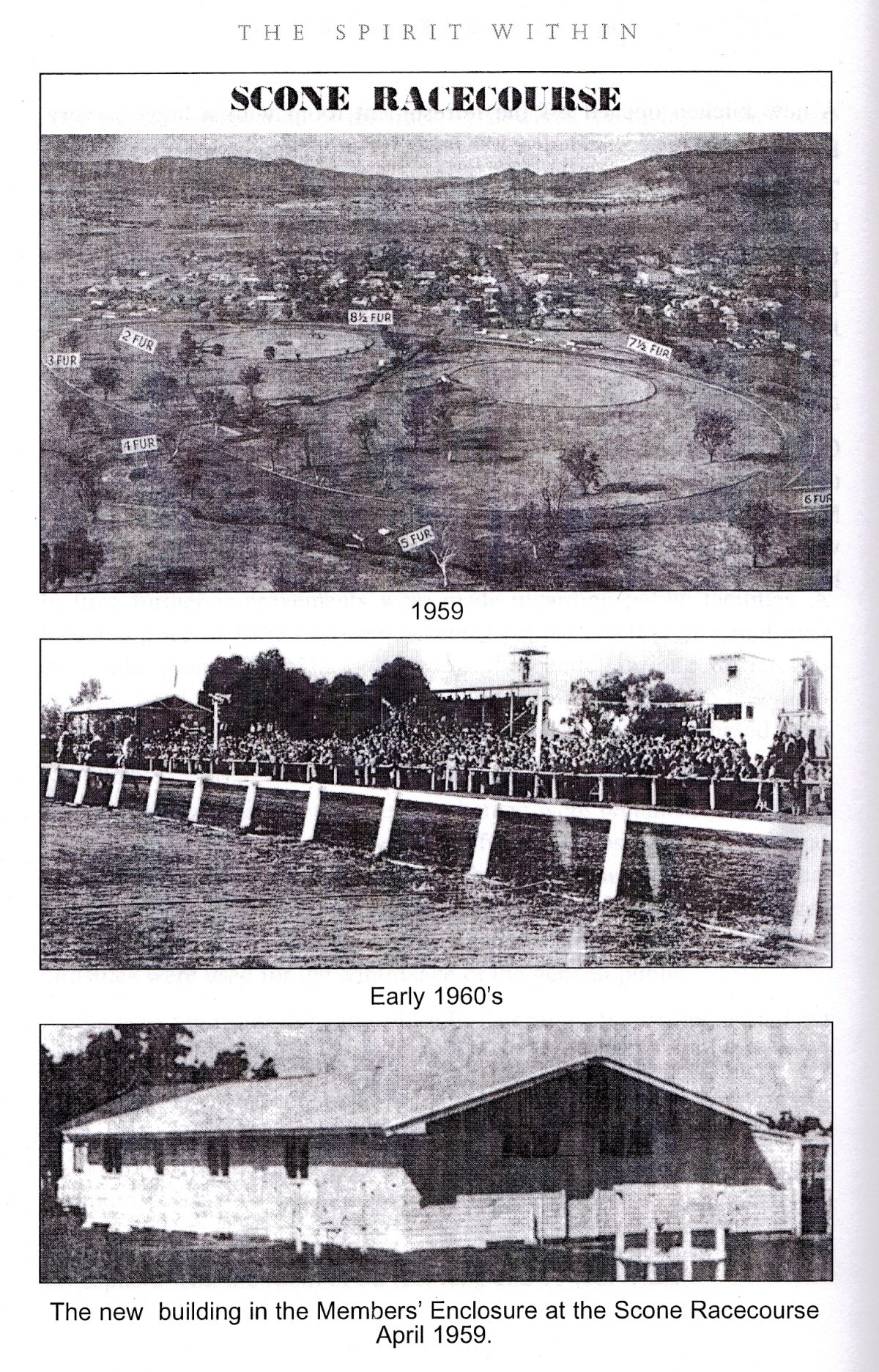 Featured Image: White Park as Harley Walden recalled it; and so beloved by him

The racetrack dominates with the Rodeo Ground in the centre. Centre left is the No. I cricket oval which was very highly regarded by aficionados. No. 2 oval is in the far left corner near the Golf Club clubhouse.

White Park was fundamental in the life of Harley Walden. His principle passion was the Race Club but clearly the whole ambience resonated powerfully throughout his long innings. He considered White Park to be the spiritual home of the Scone Race Club. He called his historical tribute ‘The Spirit Within’. It’s a most apposite title. For his generation and even before ‘The Park’ was the very epicentre of recreational activity for the citizens of Scone. Harley made the most of it; and this little tribute is an ornament to his written memorial.

There is a metal plaque on the right hand brick column (on entry), one of two which suspend the wrought iron gates referred to by Harley below. The people of Scone are eternally and perennially grateful for the munificent benefaction of Mr A G White of ‘Belltrees’. The plaque states:

Presented to the people of Scone as a Recreation Reserve by:

And officially opened for this purpose

END_OF_DOCUMENT_TOKEN_TO_BE_REPLACED 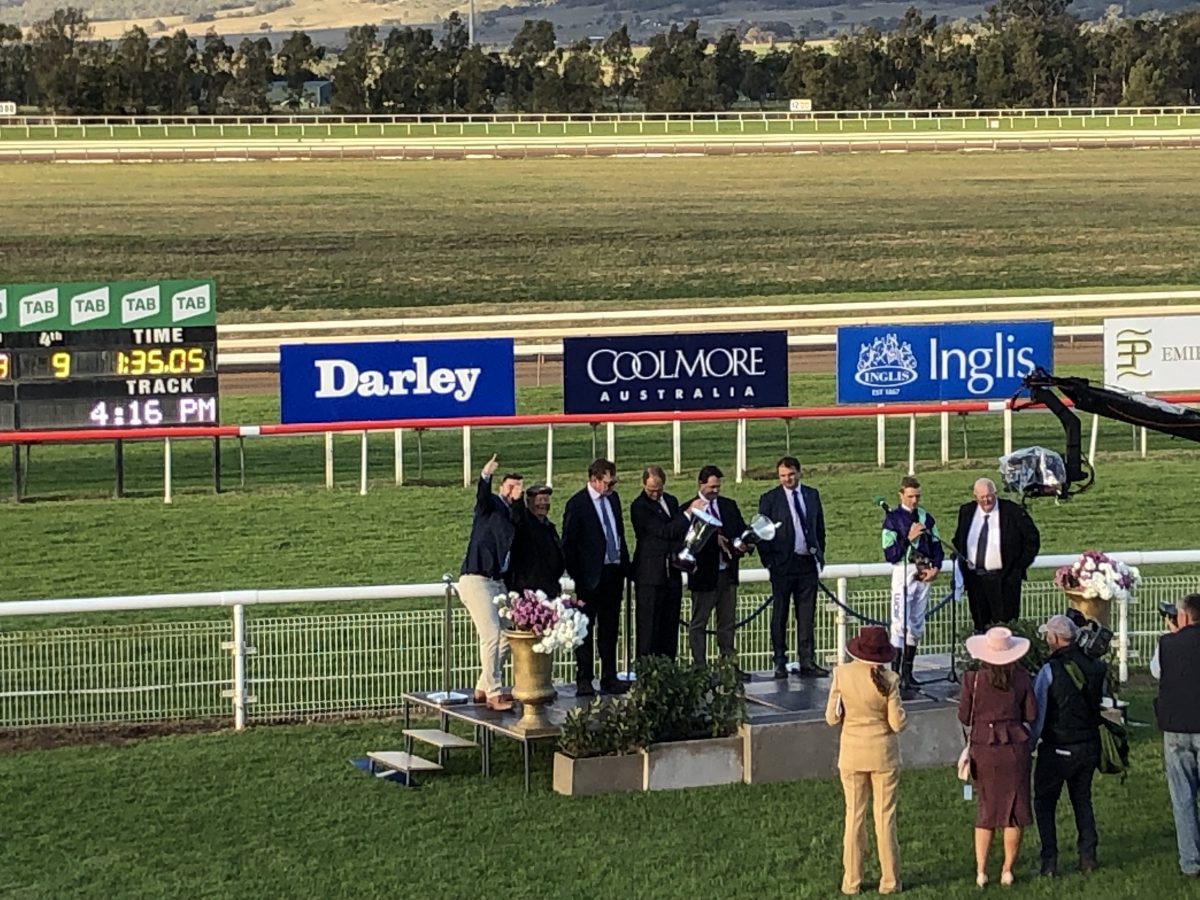 Featured Image: Sheikh Mohammed Bin Rashid Al Critto of the Hawks Nest Caliphate returns to Scone for the Scone Races Darley Cup Presentation in 2019! This is Group I gatecrashing at its very best!

Alan Crittenden (‘Critto’) is featured second from the left on the rostrum wearing cloth cap with a fellow Hawks Nest ‘intruder’. The official party are blissfully unaware that neither ‘Critto’ nor his mate had anything at all to do with the running of the race or were associated in any way with any starter; least of all the winner! The Darley/Godolphin supremo presentation group includes Vin Cox (GM), Alastair Pulford (SRC President) and Ross Cole (Company Secretary). I doubt even media host Gary Harley guessed at the identity and/or legitimacy of the intrepid interlopers? There’s also a fabulous photo of the Hawks Nest duo with the winning owners of ‘Special Missile’ holding the Cup! It was a big day out for the boys from the beach!

END_OF_DOCUMENT_TOKEN_TO_BE_REPLACED 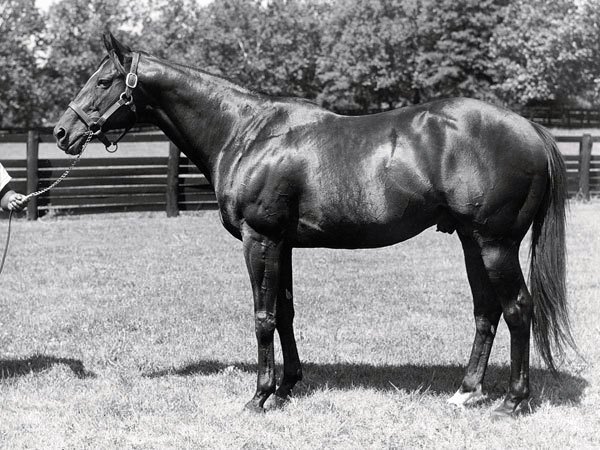 The following vignettes are taken directly from ‘Thoroughbreds’: The Stud Breeders’ Magazine Volume 1 Number 1: Souvenir Issue 1950. They are ‘dated’ but might still throw some light on the inexact dilemma of breeding superior thoroughbreds; even today?

Many notable breeders of yesteryear postulated their own pet theories of ‘inheritance of ability’ in thoroughbred horses. F K ‘Darby’ Mackay posited that there was what he called an ‘Electric Spark’ factor which came through in some individuals. He was an ardent student of both Mendelian Genetics and Charles Darwin’s ‘Origin of Species’. He was the person who once challenged me with the enigmatic conundrum of ‘What Makes a Good Horse’; and conversely ‘What Makes a Horse Good’! I’ll report back later (if I ever solve the riddle).

Both Colin McAlpine (Eureka Stud) and Colin Hayes (Lyndsay Park Stud) debated the concept of the ‘Energy Gene’ which I think might have been directly analogous with Darby Mackay’s ‘Electric Spark’ factor? There is no single simple answer but the following might help?

The Origin of the Vitality of the English Racehorse

In his seminal tome ‘Breeding Racehorses by the Figure System’ Bruce Lowe devotes Chapter II to the title cited above. He posits the question: Why is one horse so superior to his racing contemporaries’? He continues: ‘It undoubtedly consists of a greater concentration of vitality or nervous force in the animal.

END_OF_DOCUMENT_TOKEN_TO_BE_REPLACED 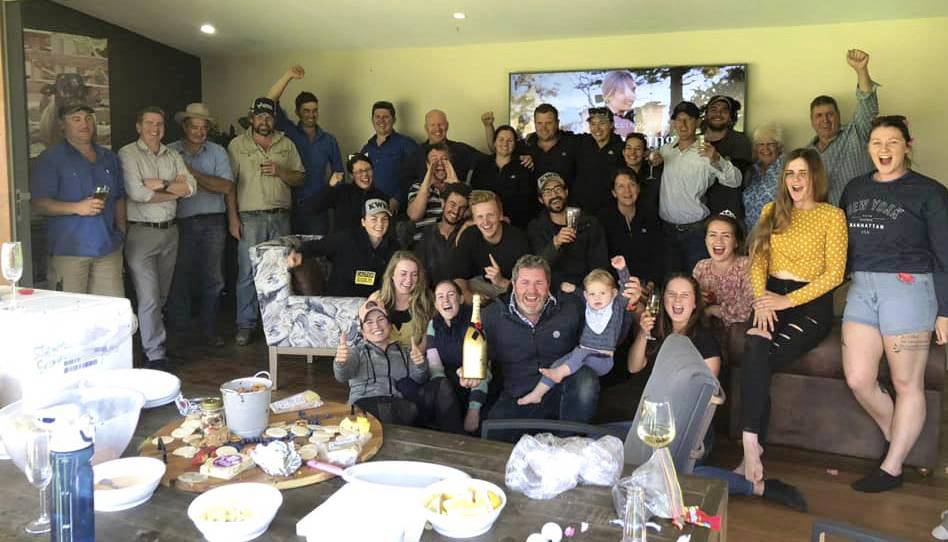 It can still be done! Hearty congratulations to Kitchwin Hill Stud and connections.

Featured Image: Stud staff at Kitchwin Hills celebrating a ‘win for the ages’ by locally bred Vow And Declare in the 2019 Melbourne Cup

I think this is the first since Subzero in 1992? Perhaps I should leave it there?

END_OF_DOCUMENT_TOKEN_TO_BE_REPLACED 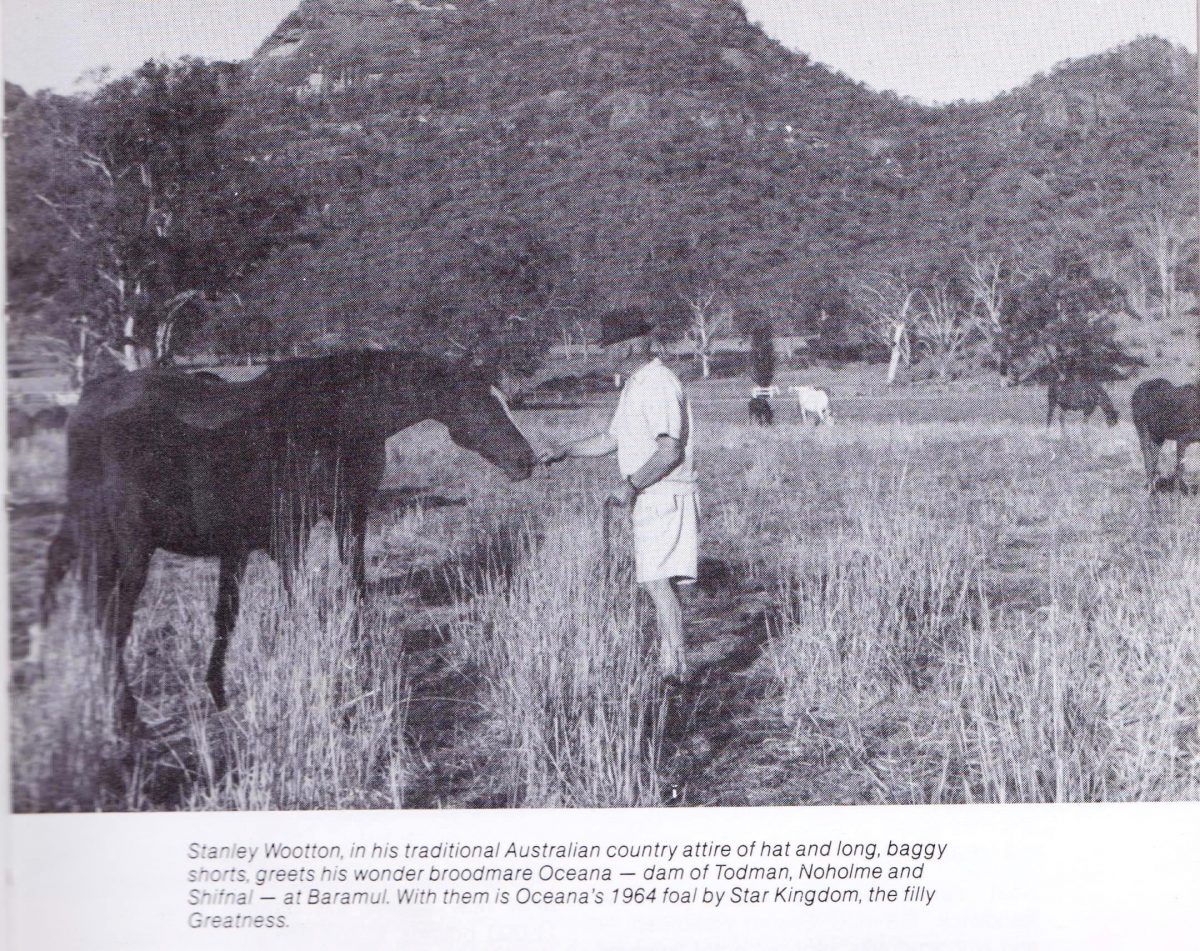 Just when you think it’s all been written and said about Stanley Wootton something seminal happens to remind you of his enduring influence. The inaugural Bondi Stakes run at Royal Randwick on Saturday 26th October 2019 was the most recent shining example. No-one tells the tale quite like Brian Russell can. The following is taken from his latest ‘Australian Thoroughbred Review’ distributed to over 5000 online subscribers.

Featured Image: Stanley Wootton at ‘Baramul’ in 1964 fully resplendent in ‘Bombay Bloomers’ which would not have been out of place at Bondi Beach (Acknowledge ‘The Star Kingdom Story’ by Peter Pring; The Thoroughbred Press, Sydney)