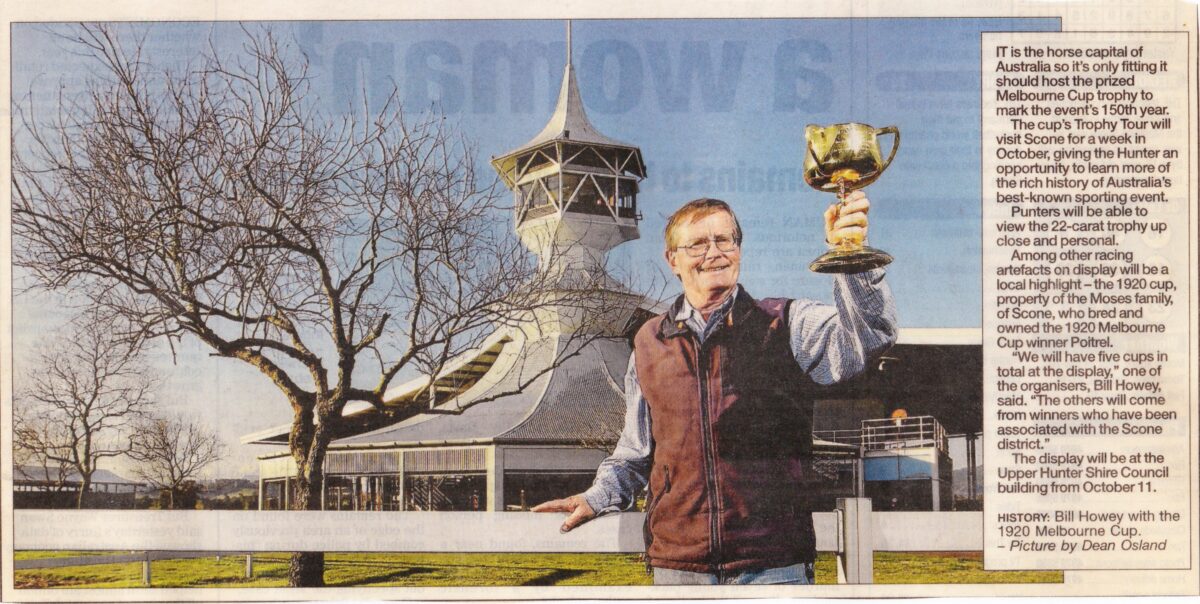 This is one of the most famous of Melbourne Cups. I ‘borrowed’ it from Tim Moses of ‘Tralee’, Inverell; his father R L ‘Tiggy’ Moses inherited from his father R F Moses of ‘Fairways Stud, Muswellbrook. His father was F A Moses of ‘Arrowfield’, Jerrys Plains who owned and bred the horse with his brother W Moses. Tim was ‘apologetic’ about losing the wooden plinth or base? He needn’t have been. There wasn’t one! The plinth wasn’t added to the Cup until two or three years later.

The featured image is from a painting by Martin Stainforth in the possession of the artist.

Chestnut Horse 1914 by St Alwyne (imp.) out of Poinard. Winner of £26,919, including Melbourne Cup carrying 10st. (!) and all the principal long distance weight-for-age races in Australia. ‘Poitrel’ was a very high class stayer. He retired to his owners’ (Messrs. W. and F. A. Moses ‘Arrowfield Stud’) in 1921. Later he relocated to L.K.S. Mackinnon’s Maribyrnong Stud, Melbourne.

‘Poitrel’ was one of the greatest racehorses and sires of the early 20th century. His win in the Melbourne Cup carrying the massive impost of 10st still evokes disbelief in the most hardened of commentators.

END_OF_DOCUMENT_TOKEN_TO_BE_REPLACED 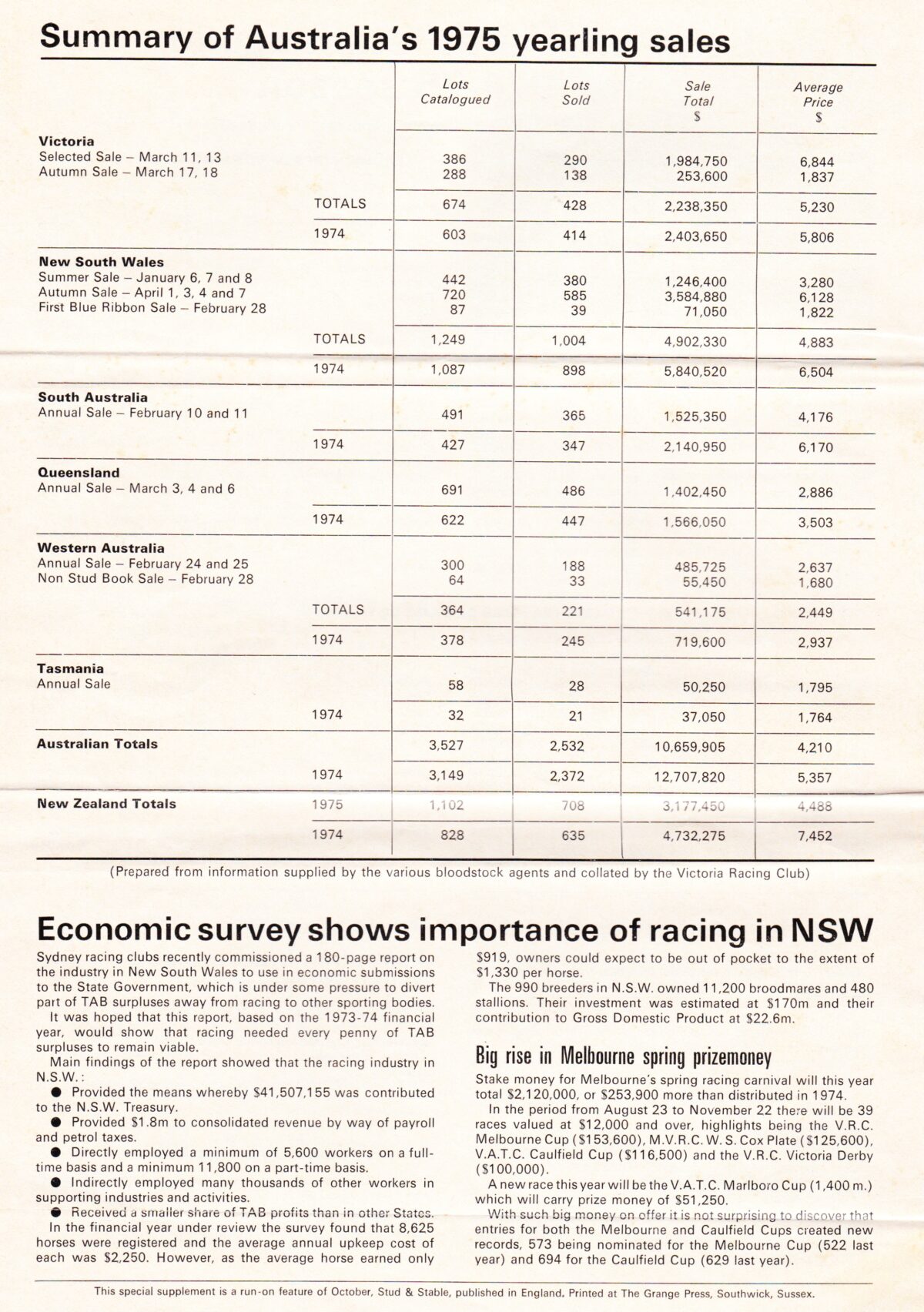 With the blinding coruscating glitz of the Magic Millions extravaganza for 2022 fast approaching on the Gold Coast it might be time to reflect on the remarkably steep upward inflationary spiral which has benefited the thoroughbred industry in Australia within 50 years. 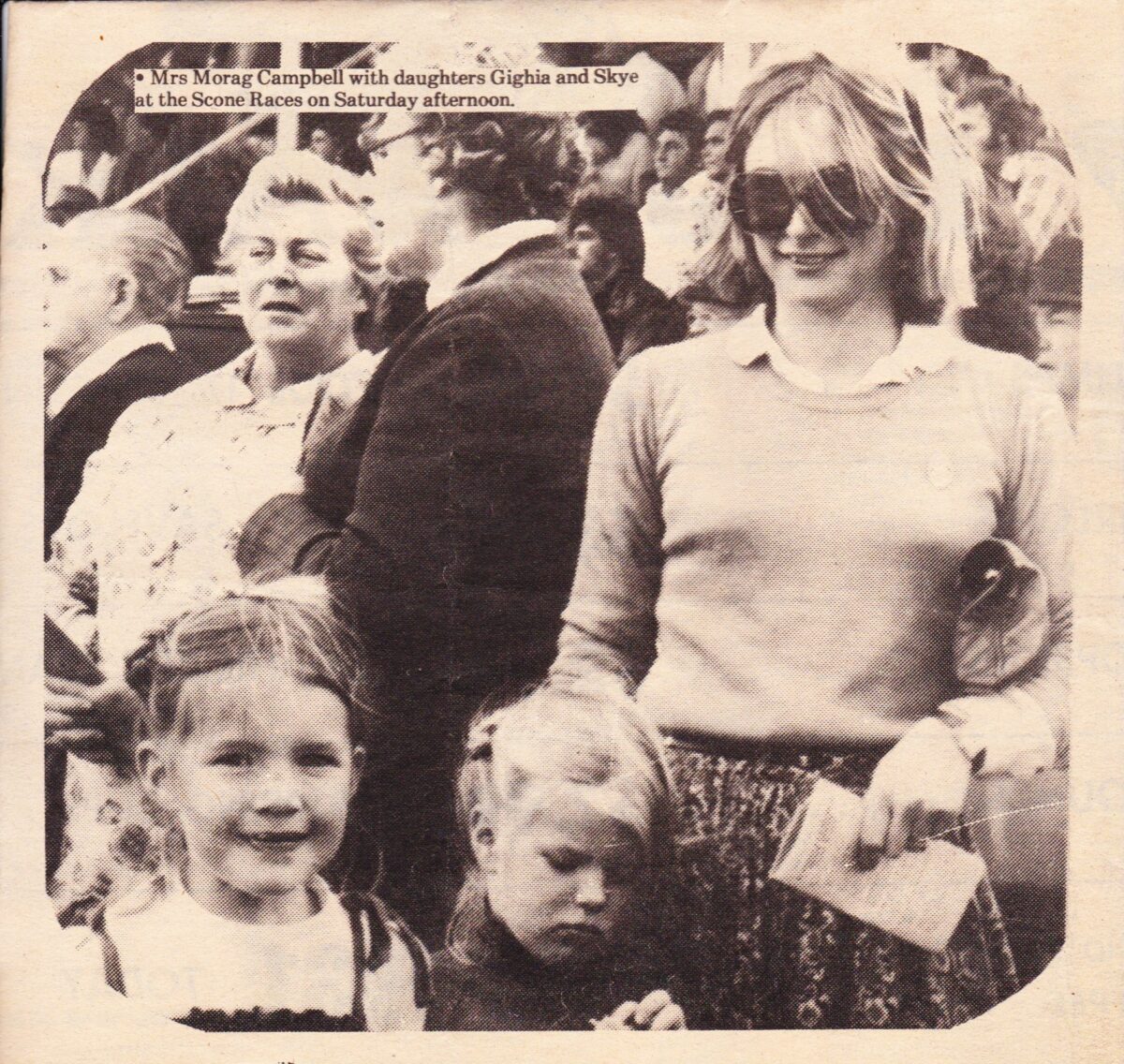 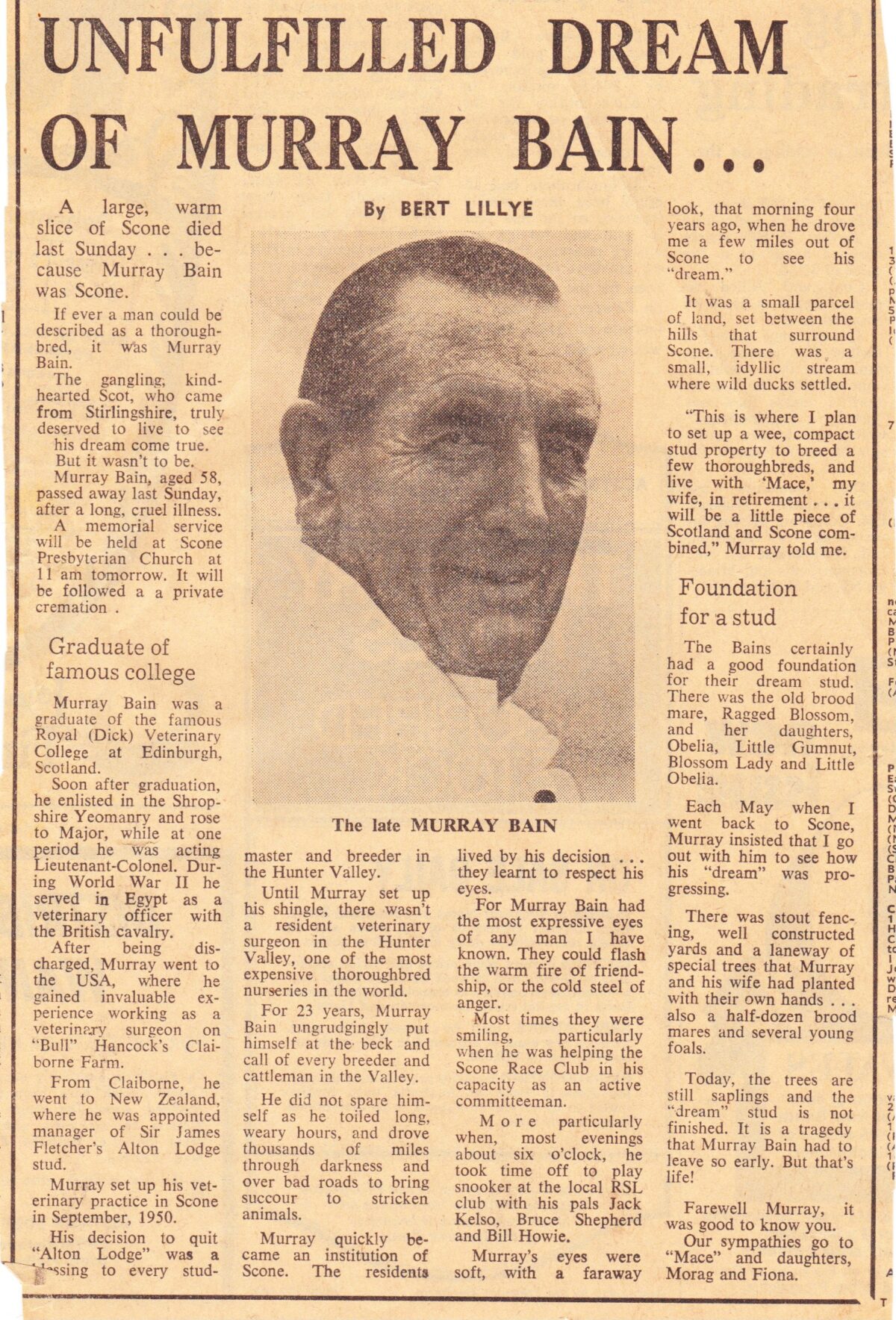 I think Bert says it all? Despite the mildly morbid title I think Murray achieved much of what he set out to do. His legacy is profound. 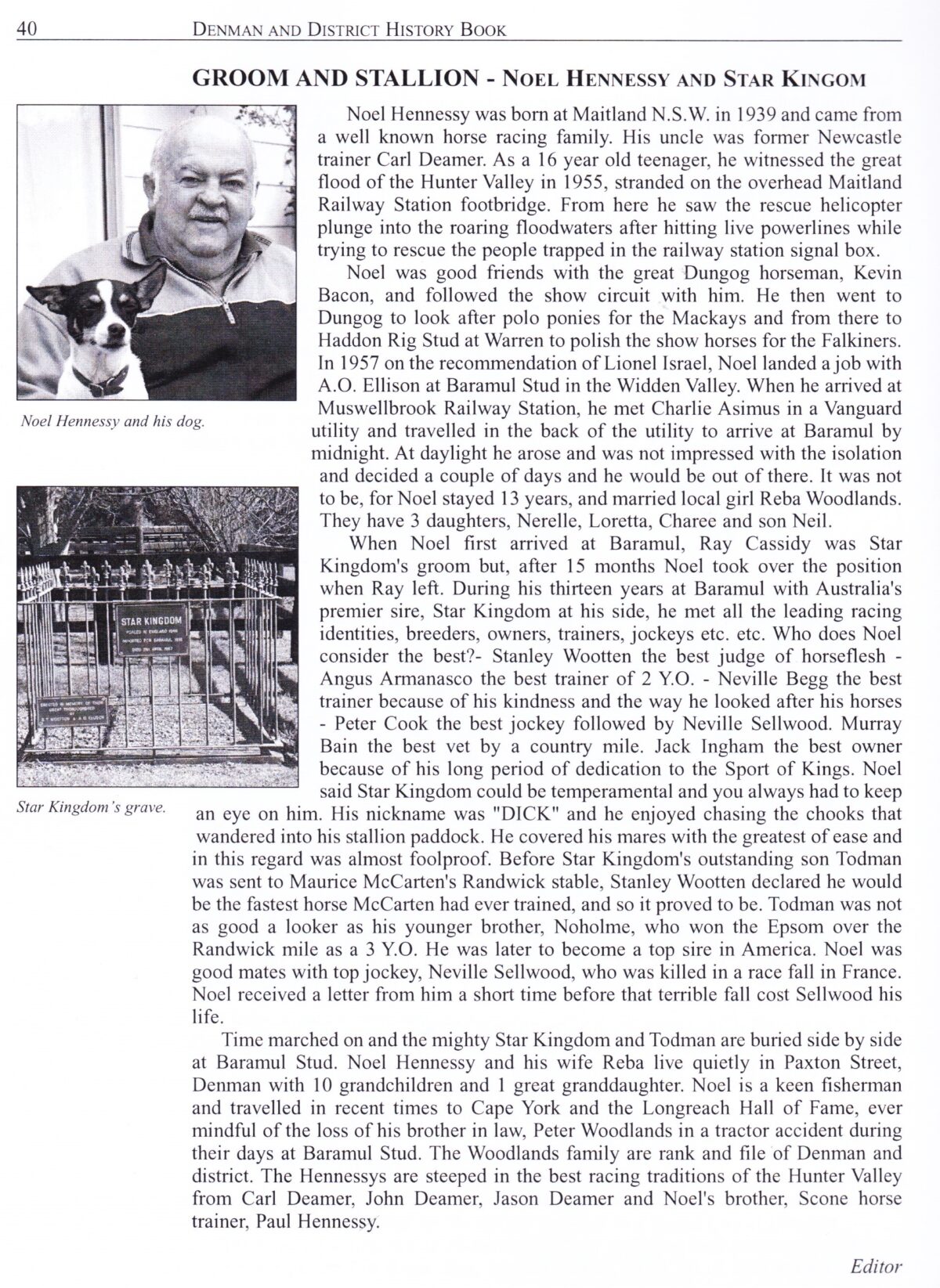 Featured Image: The FEATURED IMAGE is Page 40 from ‘The Denman and District History Book 150 Years 1853 – 2003’ co-ordinated by my good mate Ray Barry and Cliff Johnston who I gratefully acknowledge.

I think I should let the ‘picture’ tell the story?

Born on 19th November 1939 Noel passed away on 9th March 2019 aged 79 years. A service of thanksgiving and remembrance was held at St Mathias Anglican Church in Denman on 15th March 2019. An ‘Irish Wake’ was very well attended afterwards at the Denman RSL Club.