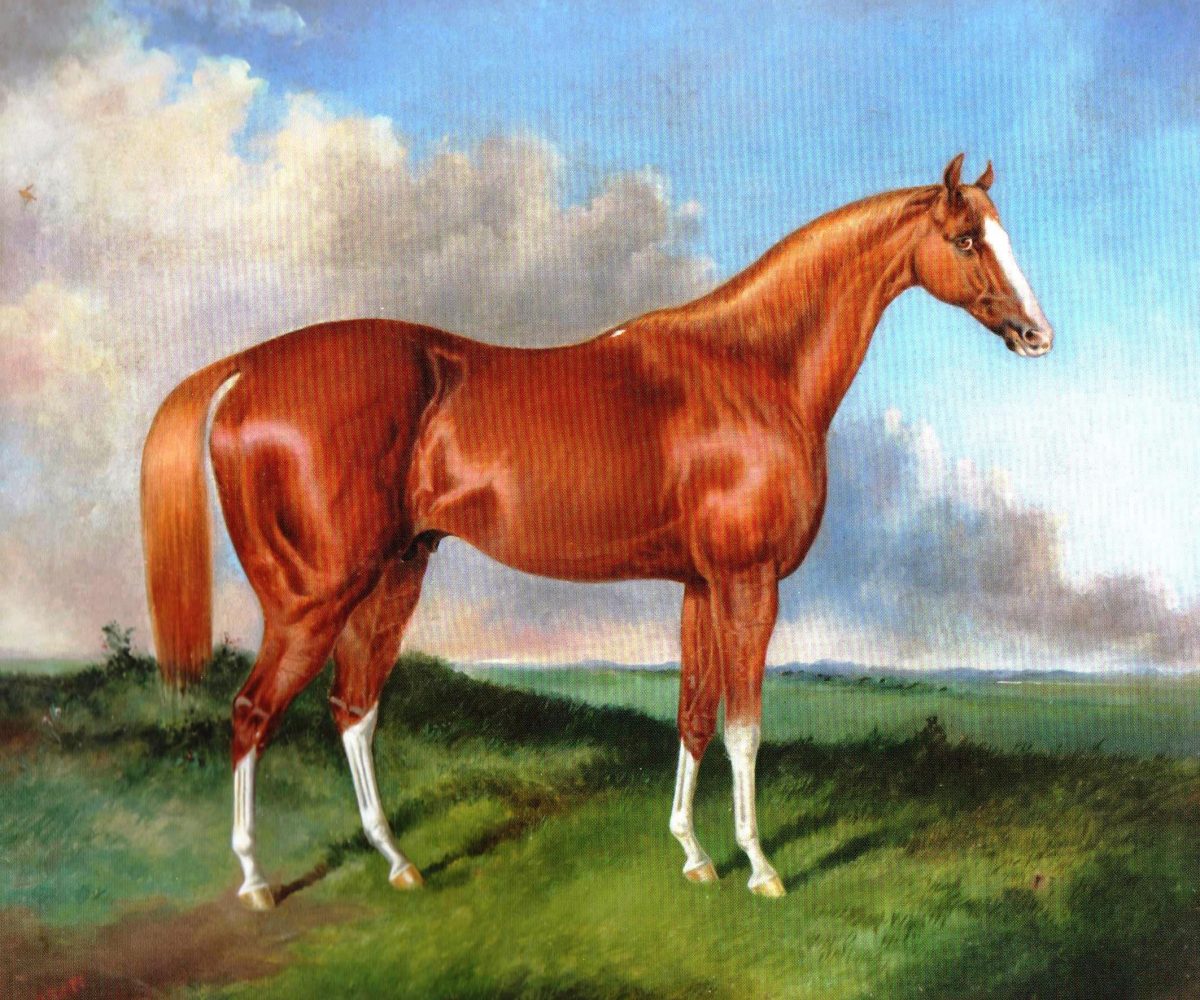 The featured image is of a portrait by artist Montague Scott.

In the early age of fast transport during the 19th century the best horses were the coveted prizes at the cutting edge. Every cadre wanted them from the law to squatters and bushrangers. The latter were often the most entrepreneurial and acquisitive.

Imported sire ‘Duke of Athol’ (Blair Athol GB ex Circe GB) was the star attraction and focus of attention for many. He was imported from GB by Frank Dangar and won his class at the Sydney Australian Agricultural Society Royal Easter Show. On his dam’s side he traced to legendary foundation thoroughbred mare ‘Pocohontas’. He was transferred to owner John Tindale’s property in the Bylong Valley. From there the story becomes murky. He was reputedly stolen by bushrangers; the most likely suspect being ‘Thunderbolt’ aka Fred Ward. The crucial date was 26 May 1875. John Tindale employed eighty men including black-trackers to find him. They didn’t. The hunt was called off.

Stories abound about the ultimate fate of Duke of Athol. Fantastic tales included export to Norrah, Queensland and even further afield. In the Channel Country of Queensland a few years later a number of good race-winning chestnut horses with identical markings to the stolen stallion turned up. More prosaic is the probable outcome. The bushrangers most likely destroyed the horse, burnt his carcass and tipped the remains into a deep gully to avoid detection and arrest. No evidence. The “Duke of Athol Cliff” at Square Top near Merriwa has an authentic ring to the finale? Searchers found a hoof and the remains of a burnt out carcass. His chestnut coat and four white socks were a bit of a ‘giveaway’.

A Tindale descendant still resides in the Widden Valley at  ‘Myrtle Grove’.