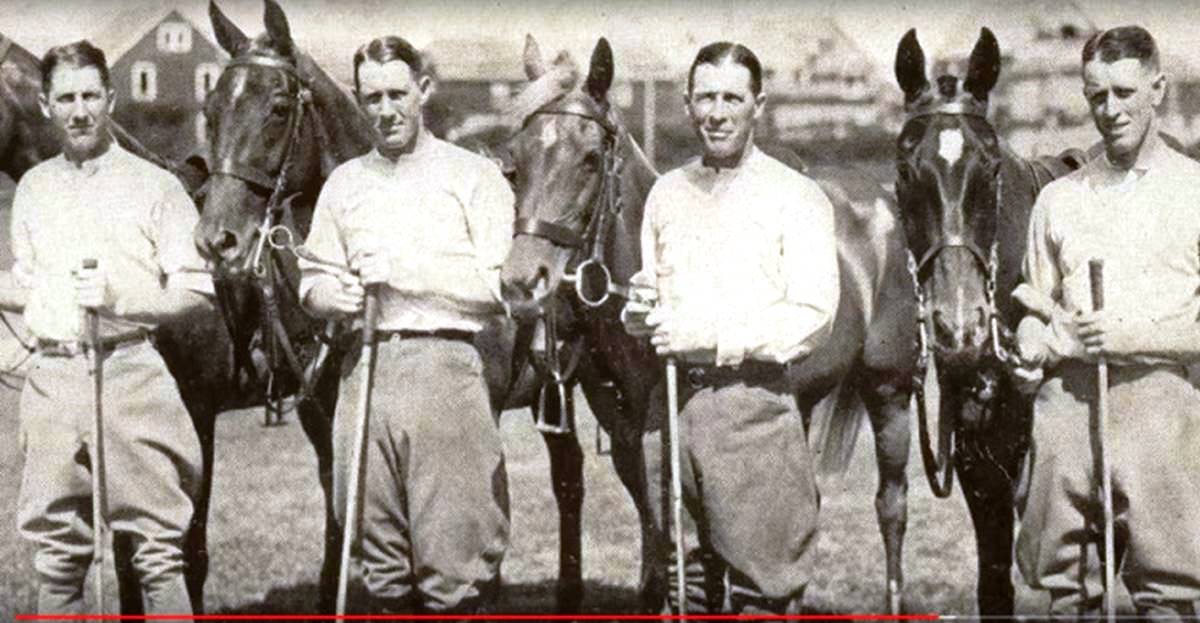 Featured Image: The Ashton Brothers were mounted on some ‘Gibbergunyah’ ponies on the triumphant 1938 polo tour of England

Gibbergunyah was bred by Mr JH Doyle in 1922 at Warrandeen Station near Talwood, Queensland. He and his dam were transferred to the Doyle family property, Invermein, near Scone due to the drought.

He was bought by Mr Finlay and Sons of Thornthwaite Scone when a two year old and broken in to be used as a stock horse. His performance was excellent, so he was used for breeding when five. He was used as a sire at Thornthwaite from 1927-1945 but had very few outside mares. One of his progeny, Vivid won 23 open campdrafts for Jack Palmer.

Gibbergunyah’s stock became widely sought after as stock horses and polo ponies. In 1938, some of his progeny were taken to England by the Ashton brothers and in 1939 there were 18 Gibbergunyah horses playing polo in the Dudley Cup. The Northern Challenge Cup held at Quirindi, saw 24 play in that one carnival alone.

Gibbergunyah left quite a few colts, but one which regularly appears in Australian Stock Horse breeding is Arragundy, his last foal. Arragundy was foaled in 1946 and died in 1973. Looked upon as the best polo pony sire of his time, Gibbergunyah must be rated alongside Panzer as being one of the greatest polo sires seen in Australia.

The advent of the Australian Stock Horse Society has seen a revival in interest in this line, which has been well combined with Panzer blood. Gibbergunyah line mares are much sought after by breeders, particularly in the Hunter Valley area.