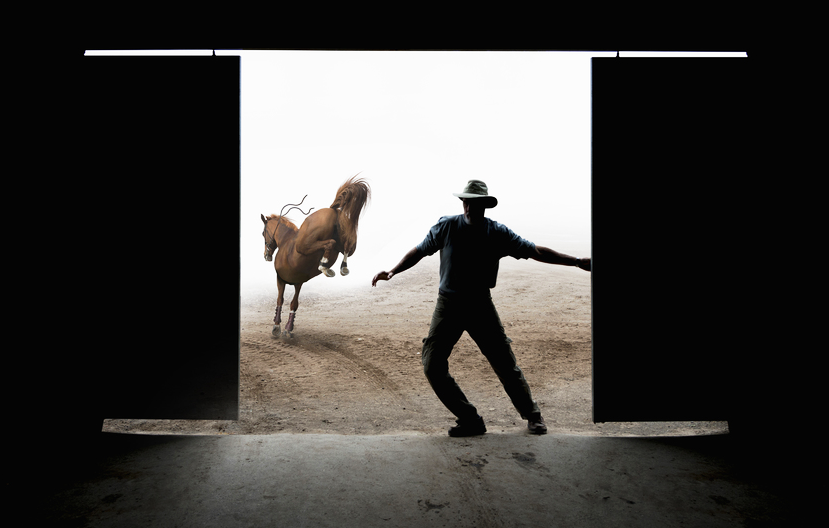 It had been a hard day’s night for Tom from Merriwa and his trusty steed Ginger! The annual Scone Rodeo traditionally on the “hot” last weekend in October was a challenging event not to be missed. It had to be celebrated in true bucolic style by as much competitive and social interactivity as was humanly possible and then some! Tom and Ginger were tenacious combatants of the old school and had successfully completed another furious round of camp drafting and pick up. It was very thirsty work of course and it was essential to immediately replenish depleted fluid reserves with gusto! Ginger liked pure water and had his fill. Tom preferred a less pure brew but being a Sunday in the bad old days his poison was much harder to procure. There is always a solution for the assiduously perspicacious bon vivant!

Norm and Becky kept a very congenial household at 13 Oxford Road. Having no immediate family of their own they were generous to a fault in adopting and caring for a few surrogate bachelor sons. Today was another of their special social Sunday soirees and the party was in full swing. No stranger to the odd scotch on his own account Norm had just completed a long innings at the Rodeo himself! Being in the agency game and holding the distribution rights for Scottish Cream™ demand was never seriously challenged and supply rarely threatened! Bill R., Bill H. and Tom with Ginger in tow made up the party just as the sun was setting over a long, hot and dusty early summer week end. It may have been the cold water but Ginger started showing warning signs of early gripes. No problem! Bill H. was there and being a veterinarian must have had the solution to the problem. Initial consultation and treatment appeared to effect some relief and the early success of therapy was celebrated with another cold KB or three. When Ginger began to relapse and take a turn for the worse it was decided to instigate more drastic therapy. It may have been the gathering twilight or accelerating perspiration but at this stage Ginger appeared to be changing colour from strong chestnut to KB bay? One could have been mistaken of course!

Bill H. required further supplies from the veterinary pharmacy at the Grazcos establishment in Kelly Street and elected to drive the approximate 500 metres. It was not a wise decision! There was a small access lane way alongside the building further impeded by the addition of an outside toilet added as an additional afterthought to the main construction. It was difficult to negotiate the alley at the best of times. This was not the best of times! Bill H. managed to clip the near corner of the dunny on his landing approach in the trusty 186 Holden. Max Brogan had been working back late that night anticipating a busy week for Grazcos. Attending to ablutions in the loo just at this moment it was a tremulous and deathly ashen faced Max who emerged visibly shaken from the most cathartic experience of his life and the most definitive cure for constipation ever conceived!

Deciding Max would survive, fuelled and fortified by now with auxiliary supplies of the “right” medicine, Bill hurried back to Oxford Road to resume his miracles. On opening the gate into the garden Ginger saw the opportunity and made his break. As they say in the song “never let a chance go by”! Ginger didn’t! Deciding he’d endured enough torment for one day he took off out the gate “lickety split, helter skelter” up Oxford Road! “Horse away” was the frantic and frenetic call!

Luckily he turned right! With Bill and Tom in very laboured, distant and hot pursuit Ginger assumed he’d secured safe sanctuary within the close confines of the Catholic Convent at the end of Oxford Road! He could not have found a better place! It was a much relieved Tom who somewhat surreptitiously retrieved his faithful steed from the sacred precinct of the sanitarium. We’ll never know if it was the medicine, the threat, the flight or divine intervention but Ginger fully recovered, rejoined the party at Norm and Becky’s and a good time was had by all! It was very long time before Max Brogan deigned to enter the old loo at Grazcos especially if he suspected Bill was imminently returning slightly hazy from a long stint in the Widden Valley!