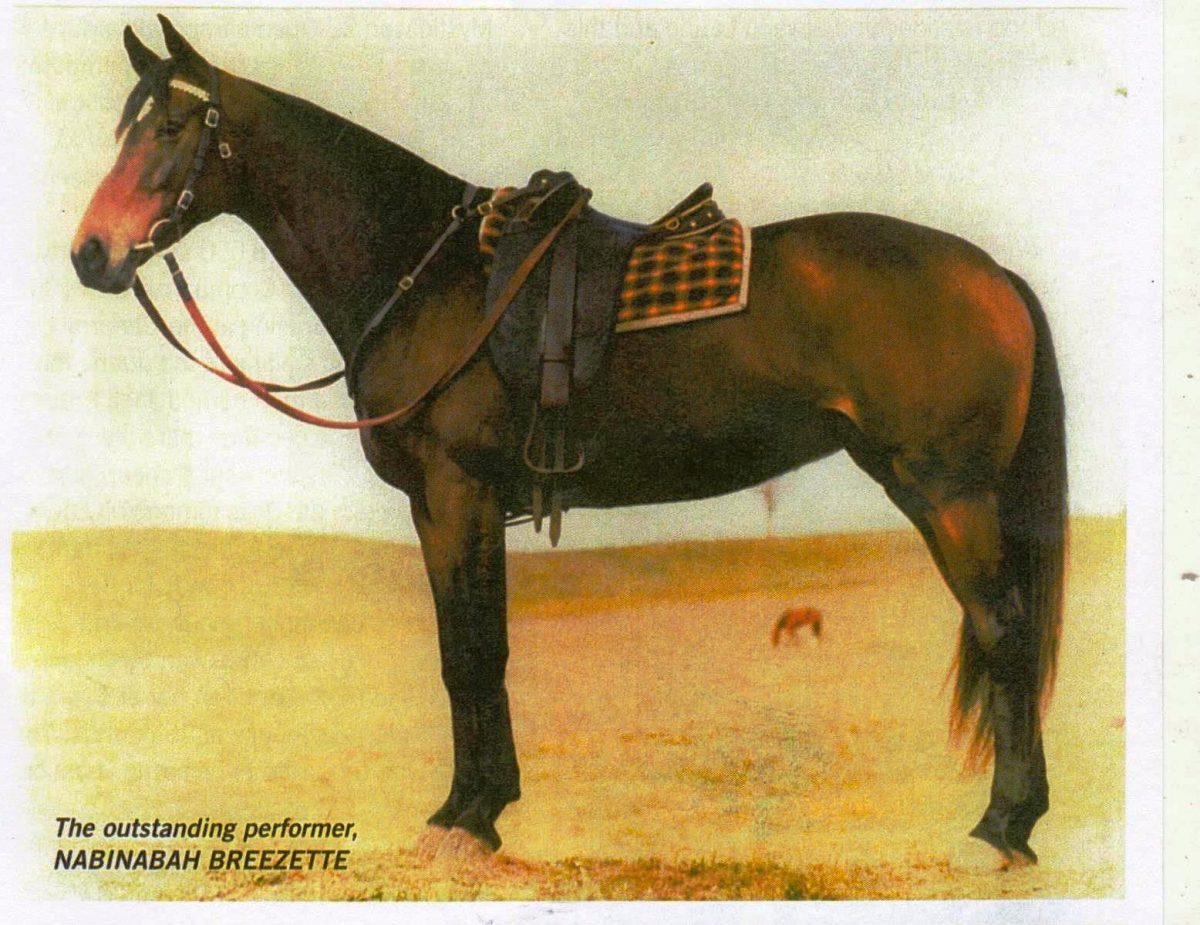 In the undulating hills of the Upper Hunter Valley near Scone, Nabinabah Breezette was born on the 26th October 1973, on the renowned Nabinabah Stud. The owner of the stud Mr David Archibald gave employee Mr Bob Palmer the pick of the young horses on the property. Bob had been raised on Thornthwaite were he absorbed many of the formative skills from his father Jack who was an outstanding horseman. Many of the working horses at Thornthwaite were derived from Gibbergunyah stock. Nabinabah the Gun’s dam Serene was acquired by David Archibald from Thornthwaite. She was a daughter of Brown Girl by Gibbergunyah.

Bob Palmer’s choice was a little bay filly with a large running star which he named Nabinabah Breezette after her full sister Nabinabah Breeze, who was already a successful polo pony and winner of camp drafts.

Nabinabah Breezette began her show career at the Hunter Branch Show held at Scone in March 1976. She won the event for two year old fillies. As a three year old, Nabinabah Breezette was educated in the sport of polo. At her very first carnival in 1977 she won Champion Novice Polo Pony, and by the end of the season she was judged Champion First Season Polo Pony.

At the Rouchel Rodeo in November 1977 Nabinabah Breezette had her first start in a campdraft. She won the Maiden and Novice campdrafts and took out the top Cut Out awards in both events. At the Walgett Show in 1978 Nabinabah Breezette was entered in a Working ASH class for the first time and won the event.