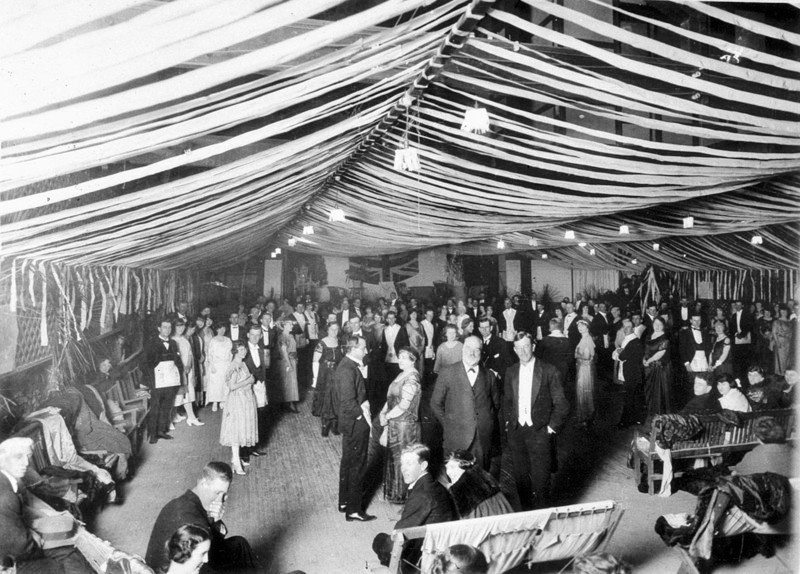 Scone once boasted an Olympia Theatre. It was a grand totem to the arts. This was in the first half of the 20th century. The site is now a franchise for a major international car distributorship. It may say something about our modern society?

Scone’s Olympia Theatre began life in 1911 as a Roller Skating Rink. They were all the rage. Muswellbrook had three and Aberdeen one; similarly Murrurundi. Scone was late on the scene. The six pioneering Johnston Brothers later reduced to four were the original entrepreneurs. The open-air rink was first opened on Monday 16th October 1911 to much fanfare. The site was ‘near Dr Scott’s residence’; now known as the Airlie House Motel. The rink enjoyed instant inquisitive ‘novelty’ patronage. A fancy dress skating carnival in October 1911 attracted ‘500 – 600 skaters and onlookers’.

The rink later hosted major events like the Hospital Ball Committee’s 17th Annual Ball and Supper on Wednesday 24th July 1912: “the success goes down in local history as crowning evidence of the social and charitable spirit of the people of town and district”. The Johnston Brothers did not rest on laurels. In 1912 an open-air ‘Picture Show’ was instituted. A pianist, Miss Gallagher, and violinist, Mr O Copper accompanied the silent movies on Tuesday and Saturday nights.

At the end of WWII the Olympia was taken over by Ernest Aubrey ‘Aub’ Dobson who was a Boer War Veteran and had been intimately involved with the Olympia Skating Rink since inception. In 1928 Aug Johnston completely remodelled the old rink as the “New” Olympia Theatre. ‘The biggest thing in the history of Scone’ was the opening night on Thursday 24th May 1928; coincidentally also Empire Night. Aub Dobson had an intuitive eye for both publicity and hyperbole. The Scone Advocate provided lavish copy of the celebrated event.

“Dobbie” introduced new technology ‘The Talkies’ on Monday 18th August 1930. Not content with that “Minnie (sic) Golf Links” were offered to the public on Tuesday 30th December 1930. They were indeed halcyon days. “Back to Scone Week – 1934” was yet another major event hosted by the venue. Hospital Balls were a major social drawcard usually associated with fund raising activities. However all good things eventually come to an end. The Civic Theatre “Scone’s New Showcase” was opened to ‘a blaze of splendour’ on Wednesday 27th July 2017. It provided stiff competition to the ‘old’ movie theatre. The depression in the 1920 and 1930s was not kind to rural enterprises. Aub Dobson’s plumbing business had actually subsidised the theatre. The intervention of WWII might have heralded the death knell of organised leisure activities for the ensuing years. The theatre was included in the “dispersal sale of assets of he assigned Estate of Ernest Aubrey Dobson” advertised for 7th July 1939. It had been a glorious ride but reached its inevitable conclusion. Mr Dobson retired to live at Manly.