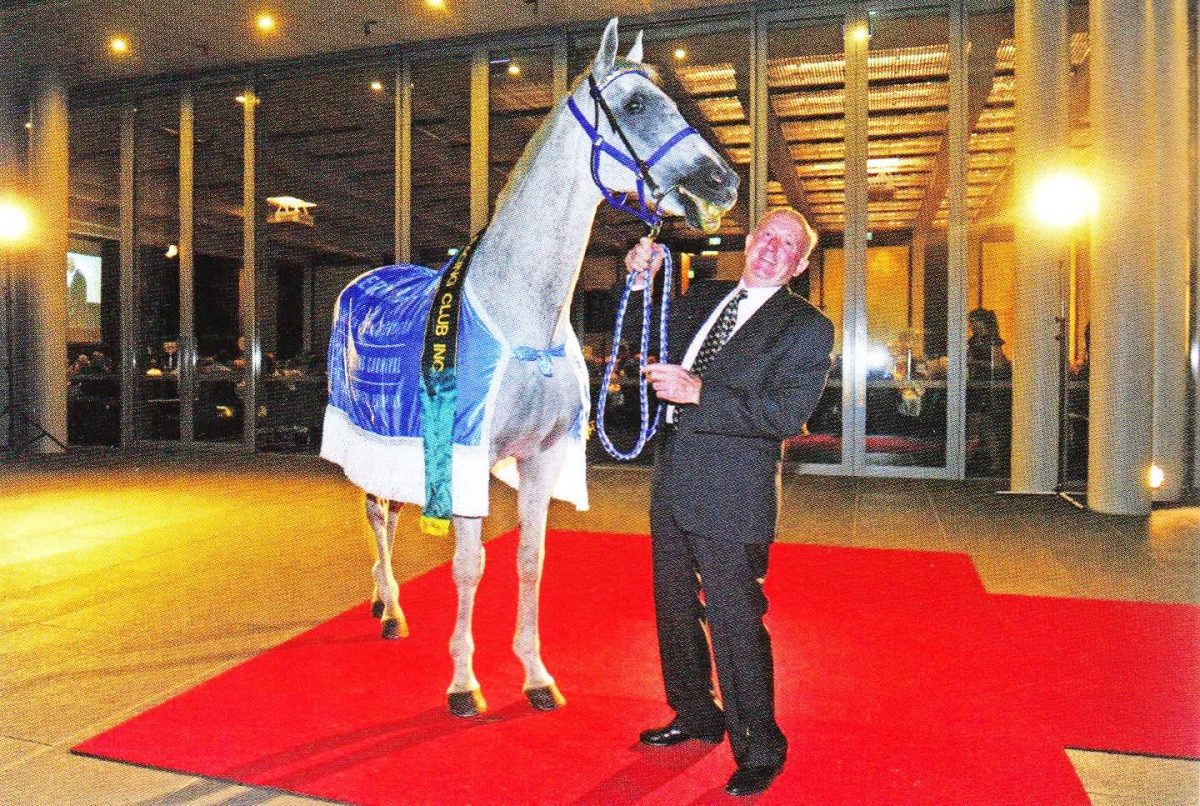 Featured Image: SUBZERO inducted into the Australian Racing Hall of Fame in March 2014

See also the Video: ‘In the Blood: Thoroughbreds in the Hunter Valley’ on this website

Until ‘Shocking’ came along (2009) SUBZERO was the most recent Upper Hunter-bred winner of the Melbourne Cup (1992). By Kala Dancer (GB) out of Wiley Trade (USA) Subzero was bred at ‘Wakefield Stud’, Nandowra Road, Moobi, SCONE; then under the provenance of Sydney-based lawyer Brian T. Agnew. This is the self-same ‘Redbank’ property which had seen so many iterations in its rich and colourful colonial history. It housed Scone’s very first hospital and later was home to Laurie Morgan and his young family before Laurie found enduring fame as an Olympic (Equestrian) Champion in the Rome Olympiad 1960.

In this age of compassionate scrutiny of the welfare of horses and in particular the ultimate fate of ‘retired’ racehorses the subsequent story of SUBZERO stands out like the proverbial beacon. SUBZERO’s triumph at Flemington on the first Tuesday in November 1992 has taken second stage to his secondary career as equine ambassador. Subzero was symbolically presented by his owners to veteran clerk of the course Graham Salisbury. They formed a classic compassionate human/animal bond. Under Graham’s stewardship Subzero has become a much loved and versatile community ambassador. He has attended primary schools, visited children in hospital beds, socialised in aged care facilities and even shared drinks with patrons and publicans in licensed establishments. He has become a celebrity in his own right mixing with world leaders, pop stars and actors. On Oaks Day at Flemington (Thursday 9th November 2017) 29 year-old ‘Subbie’ was specially featured on Channel 7’s live TV coverage of the races. Even hostess Francesca Cumani was upstaged in the glamour stakes!

SUBZERO aka ‘Subbie’ was inducted into the Australian Racing Hall of Fame in March 2014. Like another Scone-bred local Peter Snowdon ‘Subbie’ has scaled the heights’. SUBZERO’s inspiring story has been recorded ad infinitum by Adam Crittenden in his eponymous book published by Random House Australia (Ebury House) 2016 ISBN 978 0 14378 209 4 (paperback).