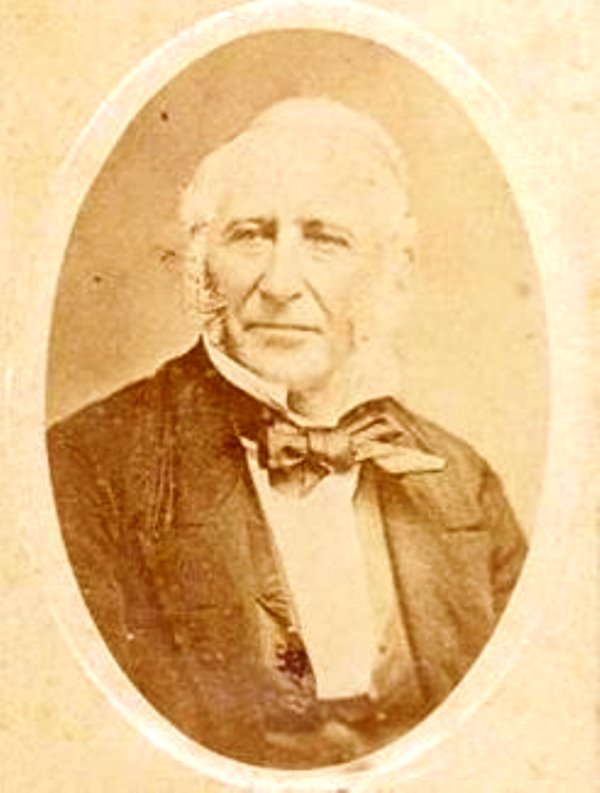 John Bingle (1796-1882), sailor, merchant and landholder, was born on 15 May 1796 at Gillingham, Kent, England, the only surviving son of John Rayden Bingle, a naval draughtsman of Deptford, and his wife, née Owens, who was a relative of Lieutenant William Bradley of the Sirius. He was educated at Chatham, and employed at the naval dockyard from 1812 to 1817, when he joined the merchant marine. He arrived at Port Jackson as a settler on 16 December 1821 in the Minerva and in the same month was commissioned by Governor Sir Thomas Macdougall Brisbane ‘to survey the coast as far north as Moreton Bay and to explore the bay for fresh-water streams’. As master of the colonial cutter, Sally, Bingle entered Moreton Bay on 5 March 1822. He failed to discover fresh water but received Brisbane’s commendation for his work and, with Robert Coram Dillon, was given permission to build a vessel for trade with Newcastle.

Bingle & Co. established the first regular trading service between Sydney and Newcastle in 1822, carrying coal, cedar and merchandise in the Sally. The Eclipse, a small trading vessel which they built at Newcastle in 1822, was stolen from the harbour there by a gang of convicts soon after Bingle sold his interest in the venture.

In August 1824 at Hobart Town, Bingle married Mary, daughter of George Cross of London, who came out in the Lang to join him. After a short period as a commission agent and merchant in Sydney Bingle acquired 1800 acres (728 ha) of land at Dart Brook, in the Upper Hunter district, which he named Puen Buen and on which he settled. For almost twenty years he played a prominent part in the development of the district, serving on the bench of magistrates, subscribing generously to church and hospital funds, and waging vigorous and successful war on bushrangers. The first court-house in the Scone district was built by Bingle in 1832, after he had been severely censured by Governor (Sir) Richard Bourke for holding, in his own home, courts at which his assigned servants were tried by a visiting magistrate. Believing the governor’s censure unjust he published his defence in A Letter to the … Secretary of State for the Colonies, printed by Stephens and Stokes in Sydney in 1832. This evoked further adverse comment from Bourke, who believed him to be the tool of his more powerful friends.

Openly associating himself with the faction opposed to Bourke, Bingle gave such provocation that he was removed from the magistracy in 1836, as were others whose conduct as magistrates was considered ‘unbecoming’. Next year he agreed to carry to the British government a petition demanding Bourke’s recall, but shortly before his proposed departure he was arrested on a charge of cattle-stealing. The charge, which created great public interest, was dismissed, but the newspapers regarded his arrest as a political manoeuvre designed to discredit him before he reached London. They suggested that he was being persecuted, a charge foreseen by Bourke five years earlier. The vigorous support given by the Sydney Herald to ‘The Case of Mr. Bingle’ was probably influenced by the fact that one of its proprietors, Alfred Ward Stephens, had bought Puen Buen and the other, Frederick Stokes, had agreed to act as its superintendent until payment was completed.

After his acquittal Bingle joined his wife and family in England where, in 1837, he published a Letter to … Lord Glenelg, setting out the charges against him and the evidence in his defence. He bought a home at Sydenham, but Ward Stephens’s spectacular insolvency in 1842 forced him to return in order to salvage what remained of his property. Governor Sir George Gipps reinstated him as a magistrate and he remained an active, autocratic and powerful member of the Scone bench until 1850. In this year Bingle opposed John Dunmore Lang‘s use of the local court-house for public meetings although, as Lang recorded later, it had been made available only a short time before to a band of travelling players.

Poor seasons accentuating his financial problems, Bingle sold Puen Buen to John Robertson of Yarrundi and began business as an agent in Newcastle. Within five years he became director of two banks, a member of the diocesan committee of Christ Church, chairman of the Exchange, and first chairman of the Newcastle Chamber of Commerce. The first message sent by telegraph on the line from Sydney to Newcastle, on 11 January 1860, was from his office. He retired from business soon afterwards, devoting his remaining years to writing his reminiscences, of which Past and Present Records of Newcastle (Newcastle, 1873) was his one significant publication.

John Bingle died at Newcastle on 10 April 1882 and was buried beside his wife in Christ Church cemetery. He was survived by his only son, John Rayden, and two daughters. Autocratic, impetuous, often over-confident of his ability and judgment, he was prepared at all times to accept public office and to discharge his duties, even when, as in dealing with bushrangers, personal risk was involved. He was a man of initiative, enterprise and imagination.

John Bingle was about twenty-five years of age when arrived as second officer on the convict ship Minerva on 16th December 1821.

Very soon afterwards he embarked on a journey to Lake Macquarie with Rev. George Augustus Middleton.

Our parson, the Rev. G.A. Middleton, (who was an especial favourite with the blacks) started with myself with the whole tribe of upwards of one hundred on a walking trip to Lake Macquarie; our necessary supplies, blankets etc they carried on their heads. On arrival I was enchanted with its beautiful scenery, and can never forget it. The whole surrounding country and lake were serene and still, solitude reigned, no tree disturbed, and no trace of the white man’s civilization, but all in ti natural wild state. We enjoyed all the wild sports of Australian bush life in it s primitive state as the Aborigines of that day (before they were contaminated with our vices) were accustomed to enjoy them. Shooting, fishing, kangarooing and hunting – our game was ample for us all. They supplied us also by diving, with the finest mud oysters for which the waters of the lake are noted, these we scalloped on our bush fires, and we spent five or six days of as much enjoyment as I ever had in any part of the world. (3)

John Bingle became partners with Robert Coram Dillon and together they established a Commercial business at No.2 Watt Street, Newcastle.  In January 1822 John Bingle received instructions from Governor Brisbane  – to proceed on the Sally to Port Macquarie and then to sail in search of a large River supposed to exist between Port Macquarie and Sandy Cape....

The business of Bingle and Dillon was dissolved by 1824. Allotment 2 in Watt Street Newcastle abutted to Lot 1 at the rear. It was sold in 1828 to Philip Cavenagh and John Robson who were merchants of Sydney. (1)

When they sold the allotment that same year to Frederick Boucher of Newcastle there was already a dwelling house, warehouse and other buildings erected on the site. Boucher conveyed it to J.B. Bettington in 1830 and in 1835 Bettington sold to James Reid of Newcastle.

John Bingle acquired 1800 acres named Puen Buen in the 1820’s. He later moved to England, returning to Australia in 1842. He sold Puen Buen to John Robertson, son of James Robertson and later returned to Newcastle.

John Bingle enjoyed the lifestyle of a minor member of the colonial squattocracy, playing a prominent part in the development of the local district, serving on the bench of magistrates and waging war against bushrangers. In later life, he compiled a fascinating, illustrated account of these years for his memoirs……… Read Squatters Reminiscences – State Library of New South Wales.

He was highly respected and when he died aged 80 on 10th April 1882, the flags were flown at half-mast at Newcastle in his honour.