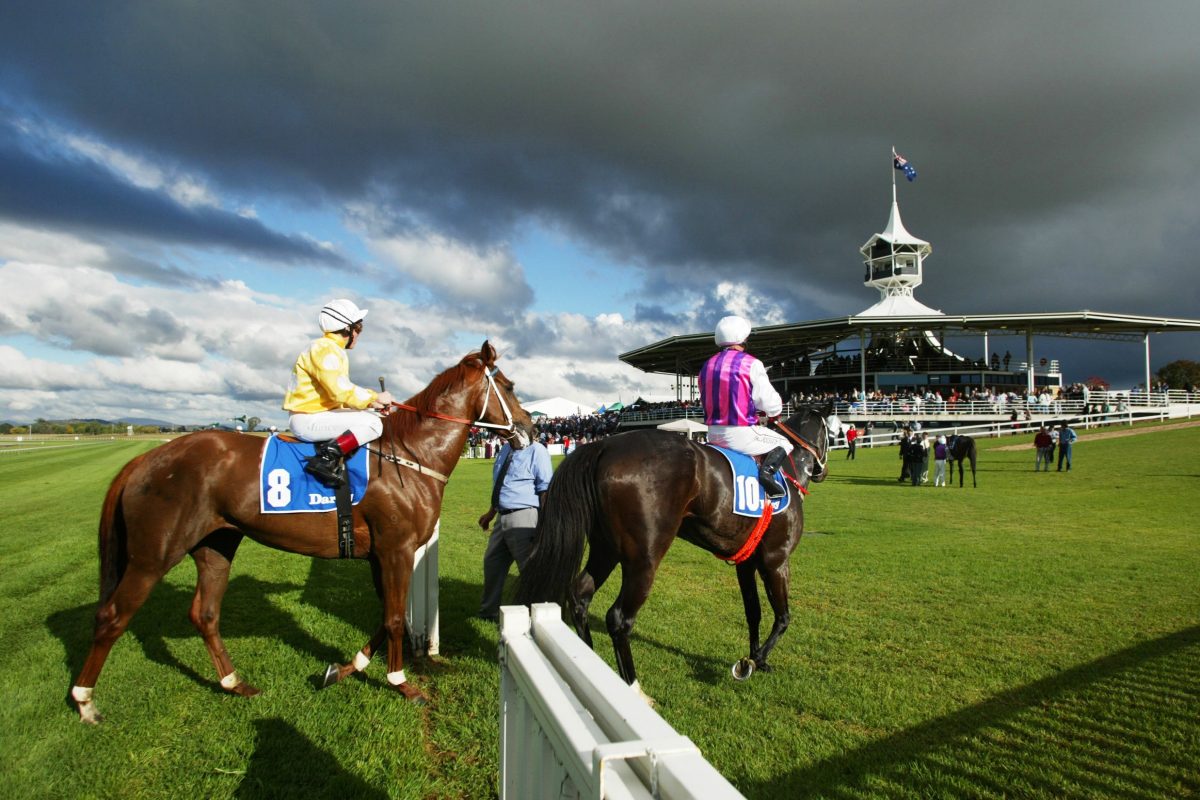 I rediscovered this article when I was searching for some information on Herbie Eveleigh. It reminded me of the loss of Harley Walden; commemorated so well in the ‘Thoroughbred’ reiteration. I acknowledge the source in www.scone.com. The commentary is both classically and quintessentially Harley. He retained a lifelong love of the Scone Race Club in particular and racing in Scone in general. I cannot recall a more devoted patron who wrote so passionately on his favourite topic for so long. Vale Harley.

SCONE, less than 200 kilometres from Sydney, served by air and fast modern trains, lies at the northern end of the fabulous Hunter Valley cradled against the distant peaks of Barrington, Woolooma’s Mount Royal and the Liverpool Range.

It has been described as one of the most magnificent stretches of country in the southern hemisphere, dominated by its rich grazing land and is the equivalent of the famed Blue Grass country of Kentucky, USA with its host of famous studs.

One of Australia’s great racing journalists Bert Lillye, who died in 1996, was a great advocate of the Scone Cup meeting held every year since 1947.

Bert often spoke of Race Week in Scone as the Mecca of racing.

The first Scone Cup meeting was a task for men who had gone out on a limb, not only to build the race track, but to run something of this proportion that the town had not before experienced.

A one-day event turned into two and then in 1987 another milestone was achieved when the Cup Carnival was run over three days.

Prizemoney for the Cup increased with every running from the 300 pounds that Precise won in 1947 to around $120,000 plus trophies the winner will receive this year.

The Cup winner’s trophies were also unique down through the years, from silver and gold cups to canteens of cutlery and at one presentation, a set of ladies and gents wrist watches.

In the early years the two day meeting saw the running of three feature races – The Sire’s Produce Stakes, Scone Guineas and the Scone Cup, events that were sponsored by local studs and always patronised by horses they raced.

The Cup has always been the flagship of the Carnival but the Scone Guineas when it was run over the Cup journey of 1 mile and 100 yards is a race probably highlighted by the great performance in 1952 of the winner Neat Andrew, owned by leading Sydney bookmaker Jack Mandel.

The chestnut colt backed up the next day to take out the Scone Cup, the only time the feat has been achieved in the running of the two events.

Ironically, it was Jack Mandel who that year donated the Cup trophy.

Down through the years feature races have been dropped and new ones added, but the Cup steeped in history and tradition is the event that everyone wants to win.

Some great performances have been established to win the trophy.

Granada’s effort in 1954 under the impost of nine stone 8 pounds (61kg) to give jockey Ernie Walmsley his third Cup success and also a record; and wins in the 1969-71 Cups by country champion Merry Jack to give northern NSW trainer Arthur Gore his third in the race.

In 1981-82 saw a unique performance when Bridgeman made it back to back Cups for jockey Kevin Gover, a feat equalled by Brave Prince and Jamie Innes in 2000 and 2001.

Local horseman Martin (Herbie) Eveleigh wrote his name in the history books to become the first Scone jockey to ride a Cup winner aboard Sky Sailor in 1967 and again on Norm Park in 1977, the Cup meeting being postponed and held on a Saturday in June.

The Scone Cup Carnival over the years has been blessed with the array of horsemanship that has been on show through the years with the likes of the greats: Jack Thompson, Ray Selkrig, Mel Schumacher, Arthur Ward and Muswellbrook’s famous Wayne Harris who all had success in the Cup.

In recent years at the old White Park track and the complex at Satur have seen wins by Gavin Eades, Jim and Larry Cassidy, Glen Boss and a former exponent of the pigskin in Darren Beadman.

The bush has also produced its share of top horsemen like Cecil (Skeeter) Kelly, Leon Fox,  Barry Smith, Doug Weir, Ernie Walmsley and Robert Thompson who all rode with success over the Cup meetings and proved they could mix it with the best on the city tracks.

Leading Sydney trainers Tommy Smith, Jack Green and Jack Denham along with Victorian Lee Freedman were great campaigners at the Carnival in the early years.

Nowadays the support comes from the new breed, Gai Waterhouse, Ron Quinton, Peter Snowden and John Hawkes with Newcastle trainers Paul Perry and Kris Lees are up there with the best of the metropolitan trainers.

In 2009 Paul Messara rang up number one for the bush when he became the first Scone trainer to win the Cup with Obvious Choice.

Although it should be noted that Charlie Dodd who prepared Piccadilly Lad to win the feature event 1949 was a Scone-ite but his horses were prepared at Newcastle.

For many years a ladies place in racing was expected to be a quick parade in the Fashions of the Field or the sashing of the winners.

But at the Cup meeting in 1984 a few eyebrows were raised when Sydney lass Debbie Packwood led in four winners over the two-day carnival, including Donna Lydia, winner of the co-feature race the Bim Thompson Lightning Stakes.

The Lightning Stakes, as it was known when first run in 1962, has carried the name of many of the club’s stalwarts and local studs who have sponsored the race through its time on the club’s agenda.

As time moved on more and more women began to play a larger role in racing and lady riders began their part in the Sport of Kings.

Into the 2000’s the girls were well entrenched and leading Sydney female horsewomen Kathy O/Hara announced their arrival when she became the first female to win the Scone Cup, not once but twice, 2006 aboard Fighting Fund and again in 2007 on Spy Zaim, both horses prepared in Sydney by the late Guy Walter.

Two thousand and three Wyong trainer, Louise Munce put her name on the leader board, when she became the first female conditioner to win a Scone Cup with Full on Magic.

A thousand stories could be related about the Scone Cup Carnival – racing, training, riding feats, the characters, the highs and lows – the list goes on.

One may never know what it was that drew Bert Lillye on his annual pilgrimage to Scone each year.

But everything above may easily have prompted the journalistic icon to refer to the Scone Cup Carnival as the “cordon bleu” – the blue ribbon of country racing.