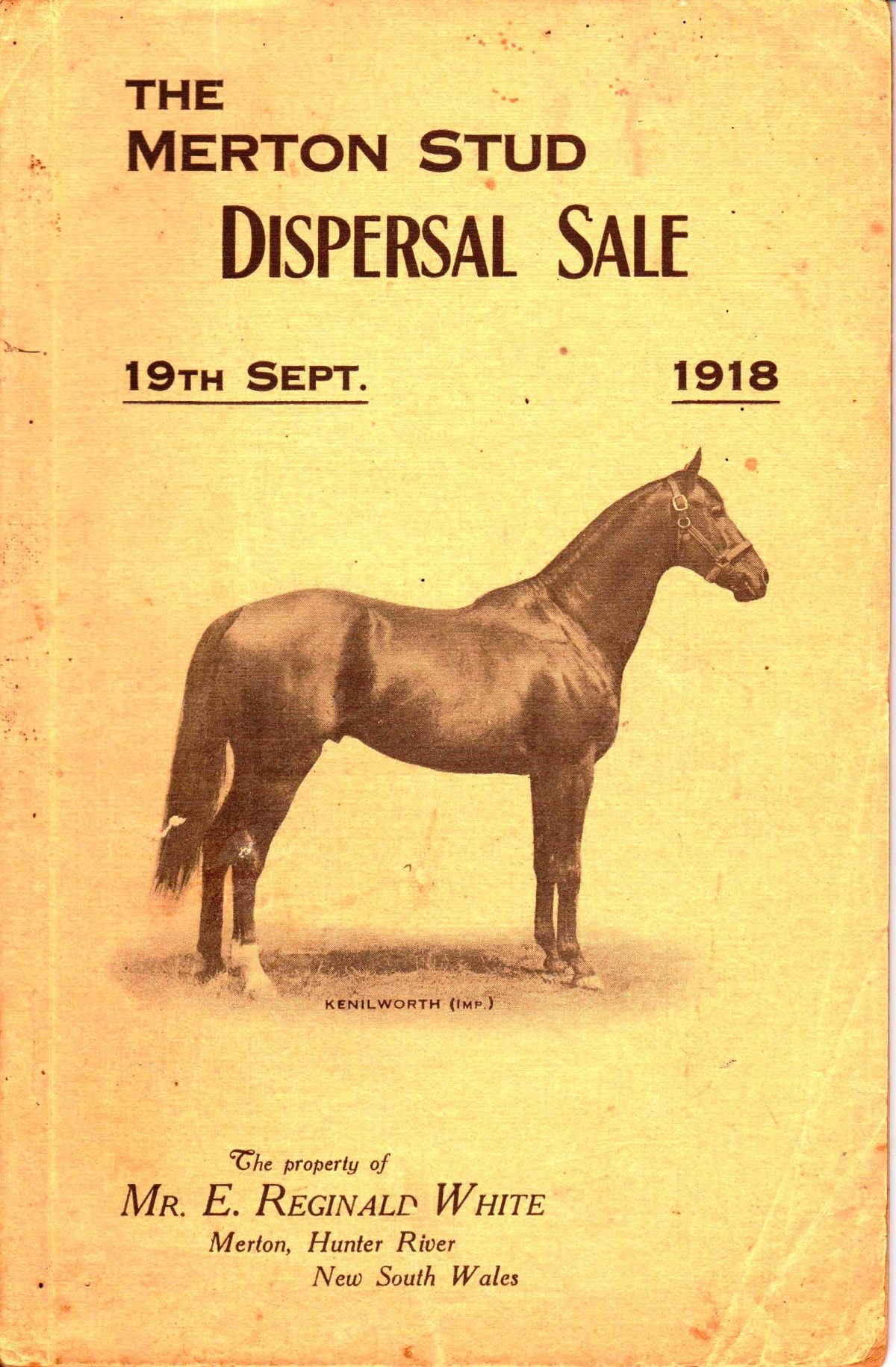 1918 must have been a year of careful review and cautious revision for eminent Stud Masters in the Hunter Valley. The Merton Stud Sale of proprietor Mr E Reginald White followed the earlier dispersal of William Brown’s Segenhoe Stud in January 1918. It’s eminently possible that the cataclysmic events of WWII 1914 – 1818 precipitated such responses? Mr E Reginald White was a prominent member of the leviathan White pastoral family originally headed by the Honourable James White of ‘Kirkham Stud’, Narellan in the thoroughbred arena. ‘Belltrees’ was the totem family property in the Upper Hunter; supported by ‘Edinglassie’ at Muswellbrook and ‘Martindale’ at Denman.

The Merton Catalogue was compiled by joint agents H Chisholm & Co and Wm Inglis & Son. It lists all available train services to and from Muswellbrook. It was possible then to access from Sydney, Merriwa, Wallangarra/Armidale, Glen Innes, Tamworth, Mungindi, Inverell and Collarenebri! Try that today! The First-class Fare on the GN Railway, 179 miles from Sydney was 19/6.

‘Kenilworth’ (Imp. Fr. 1905) was a French-bred import who had been a high class racehorse. His pedigree boasted ‘a lot of the best Herod blood’.  In four seasons of representation 1915 – 1918 Kenilworth’s record showed 73 winners of168 races and £29,309 in stakes. His best progeny included ‘Walaroi’ and ‘Kennaquhair’.