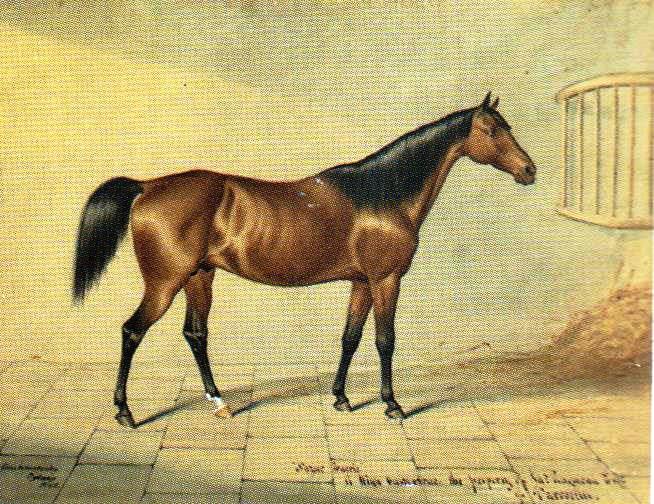 During the early nineteenth century, Arab horses and thoroughbreds were brought to the colony in significant numbers for breeding and sports such as racing, steeplechasing and hunting. There was a sharp increase in thoroughbred arrivals from the 1830s when these pursuits were well established.

This increase in blood or pedigree horse ownership generated a significant market for professionally painted equine portraits by English specialists such as Edward Winstanley, Joseph Fowles and Frederick Woodhouse Senior. All arrived in the colony between 1833 and 1858. One British artist Ben Marshall claimed he went to Newmarket because “A man will pay me fifty guineas for painting his horse, who thinks ten guineas too much for painting his wife”.