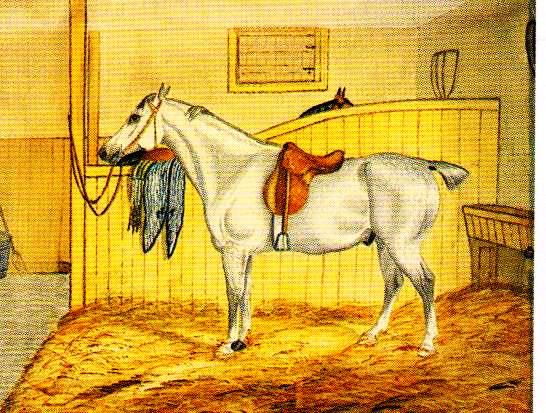 During the early nineteenth century, Arab horses and thoroughbreds were brought to the colony in significant numbers for breeding and sports such as racing, steeplechasing and hunting. There was a sharp increase in thoroughbred arrivals from the 1830s when these pursuits were well established.

Portrait commissions of champion racehorses, prized steeplechasers, hunters and blood horses were obtained from the petit bourgeois, the wealthy, and high ranking government officials. These works of portraiture – along with lithographic prints that could be mass-produced and sold to the general public – provided a reliable source of income for a number of artists.