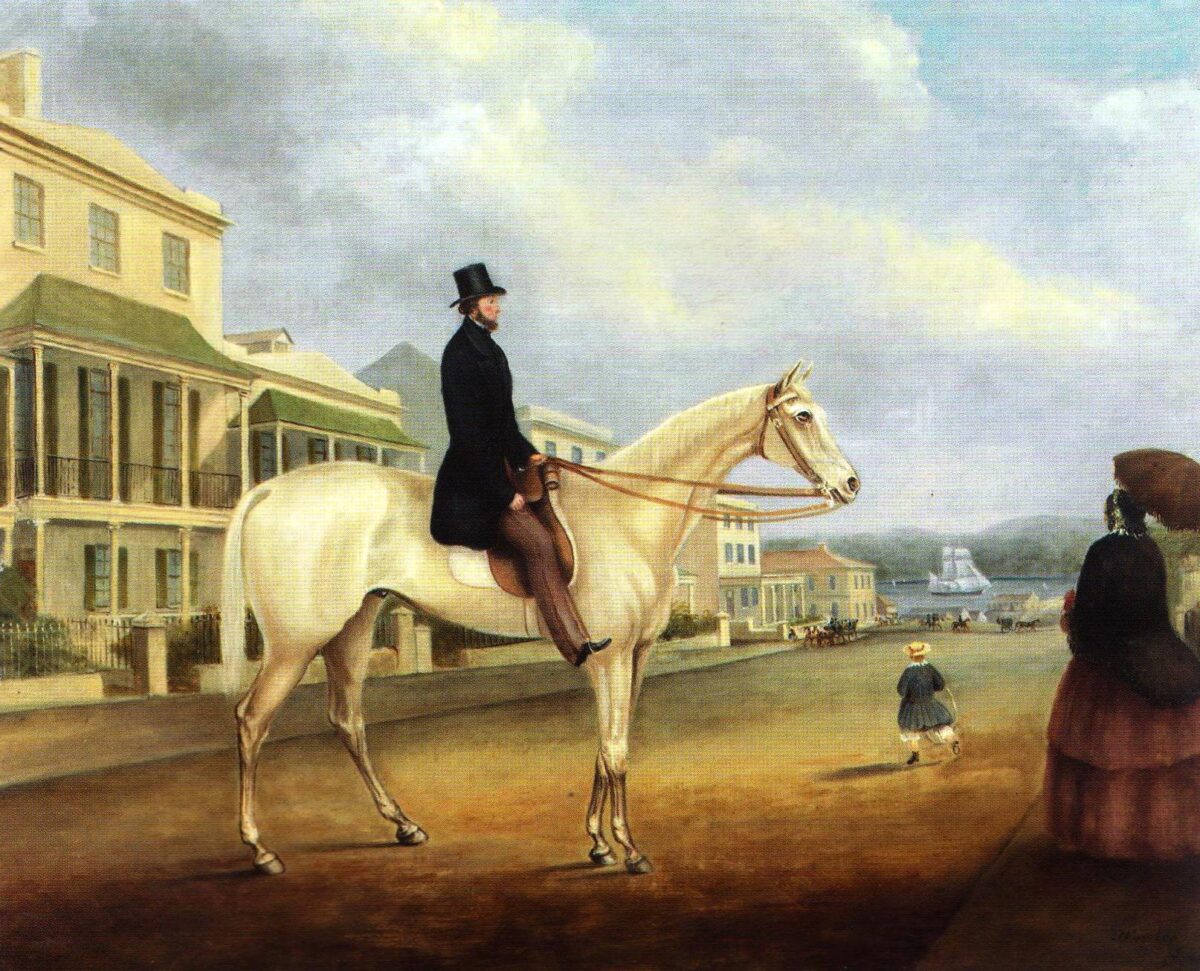 Portrait commissions of champion racehorses, prized steeplechasers, hunters and blood horses were obtained from the petit bourgeois, the wealthy, and high ranking government officials. These works of portraiture – along with lithographic prints that could be mass-produced and sold to the general public – provided a reliable source of income for a number of artists.

The horse was also depicted in the portraits of colonial residents to enhance the owner’s status as with Commissioner Henry Bingham and publican Stephen Butts (see above). Butts’ portrayal references those of political leaders and royalty who are similarly shown on horseback in oils from the sixteenth century onwards. This painting also demonstrates Butts’ great pride in his possessions.

The white horse appears regularly in colonial equestrian works, and this is likely for two main reasons: the availability of the Arab horses and their symbolic qualities of purity, valour and bravery.