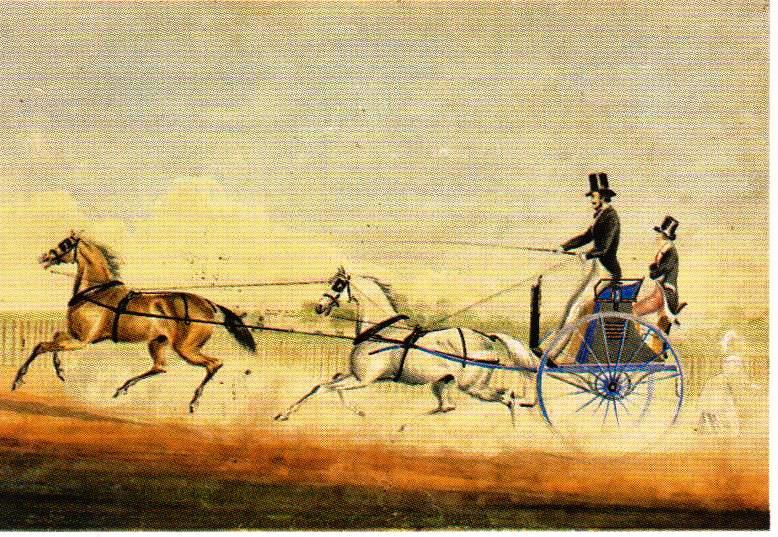 The horse in colonial Australia was employed as a draught animal for agriculture and industry, and as a saddle, pack and carriage animal for leisure, transportation, exploration and livestock management. Artworks by both professional and amateur artists extensively document the horse in these roles. The mounted bushranger and stockmen were particularly popular, along with scenes of the working carriage horse.

Artists depicted the variety of horse-drawn passenger vehicles for Cobb & Co coaches traversing the countryside, to private gigs going about the town. Many of these images reference the composition of British artists whose works were widely available as prints and engravings. For example, F G Lewis and Edward Winstanley’s New Post Office, George Street, Sydney is derived from James Pollard’s coaching prints.

The driving of horse-drawn vehicles was considered a sport when undertaken by a gentleman and was regularly included in the repertoire of colonial artists. Works focusing on other aspects of colonial life, particularly stock work and bushranging, also reference conventions of sporting art in the depiction of the horse in motion.