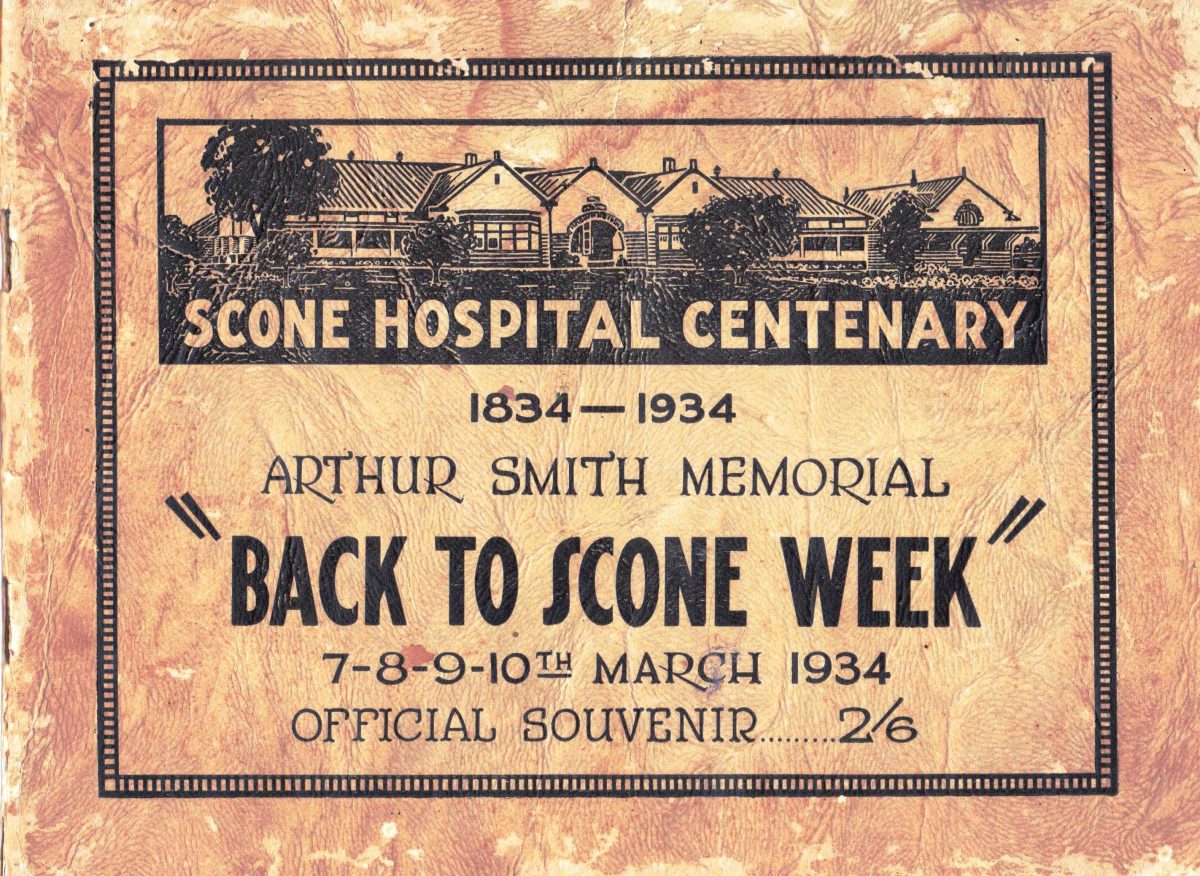 The preparation of this little book, which is intended to serve, in a modest way, as a memento of the occasion upon which the people of the Scone District celebrate the Centenary of their Hospital, has involved a deal of peering into the shadows of the past in order that an outline of the history of the Institution should be recorded therein. Looking backward very often carries a tinge of sadness with it and it is so in this case.

The first settlement of the Scone District synchronised with the saddest period in the history of the settlement of Australia. To this period no further reference will be made beyond saying that in the harsh time of corporal punishment and much misguided justice, there were many whose thoughts turned to the establishment of a Hospital for the relief of those in need of its ministrations.

And thus within eleven short years of the first recorded settlement of the district the Scone Hospital took shape.

Governor Hunter came to the colony in 1795. He did much to improve the conditions of the people during his five years in office. He was succeeded by Governor Bourke who made the first Government grant of money to the Hospital. The book is dedicated to the sturdy pioneers, both men and women, and to The People of Scone and the Upper District of the Hunter River.

J. A. Smith at ‘The Advocate Office’, Scone.