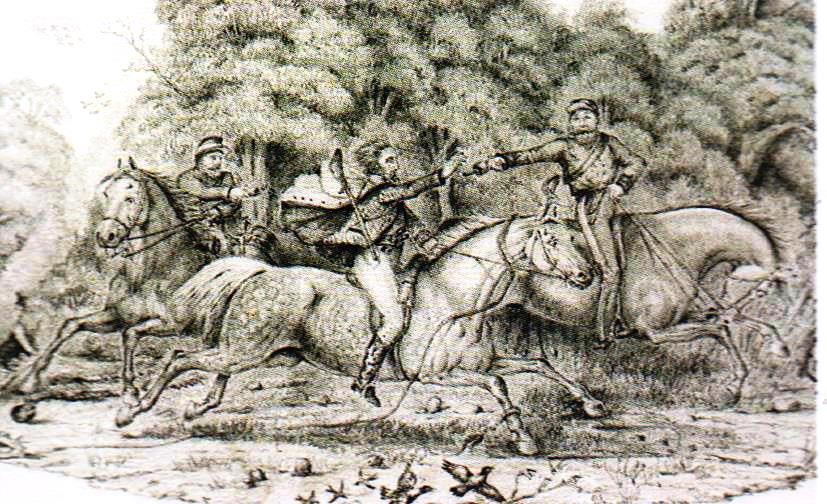 It was predominantly stockmen, with their superior horsemanship and bush knowledge, who became bushrangers.

Their horsemanship was central to the bushranging myth with bushrangers often depicted in flight at great speed on their impressive (and often stolen) mounts.

Instances of bushrangers escalated from the mid-nineteenth century. This was due to the discovery of gold in the 1850s and later in the 1960s and 70s, to poor squatters’ sons being drawn to the more exciting and profitable life of the bushranging. Passenger coaches such as Cobb & Co were frequently robbed.