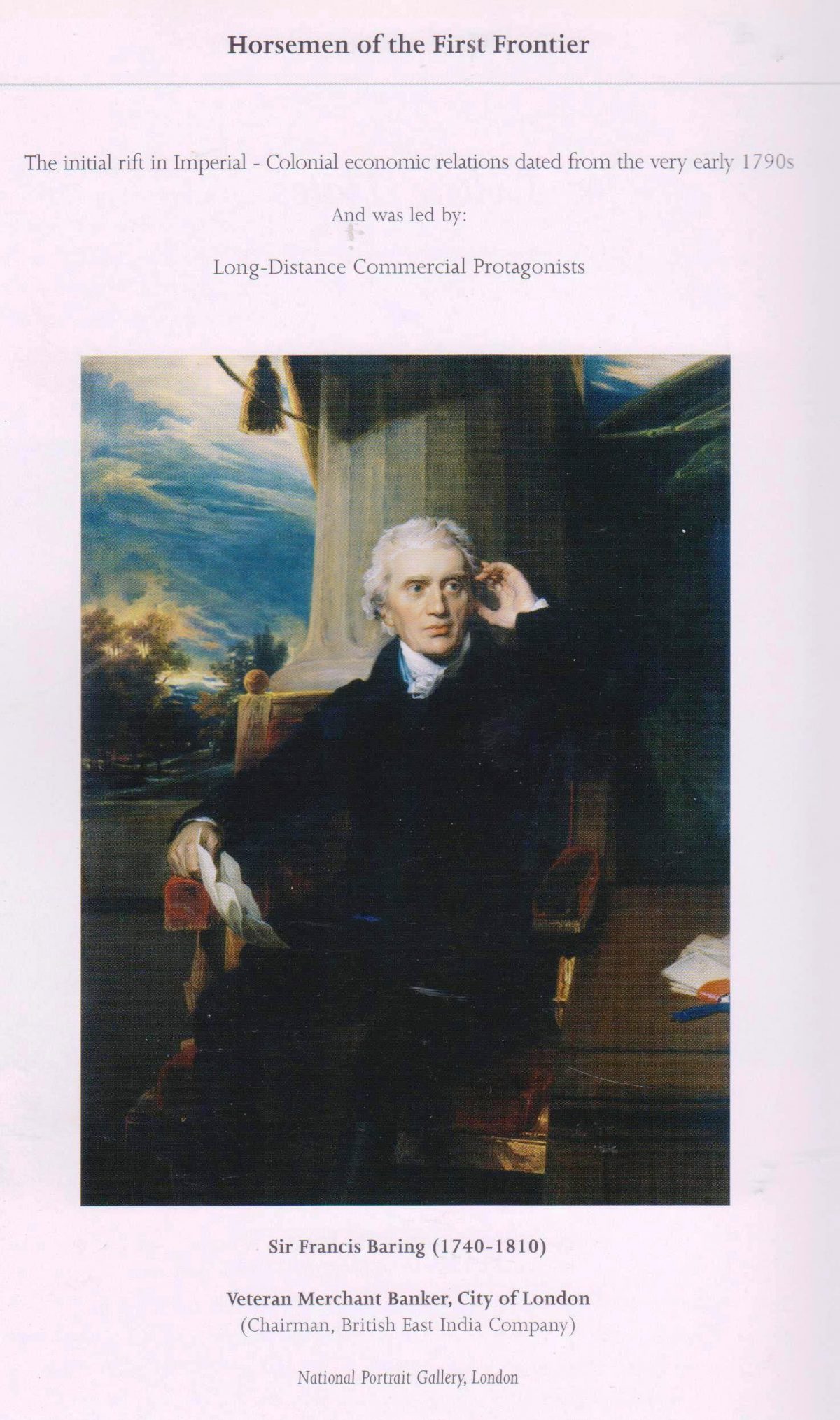 Caution: Be careful if clicking on the link (visit) to ‘Horsemen of the First Frontier’. It takes you to a very different site!

It was Sir Francis who said of John Macarthur: “…the serpent we are nurturing at Botany Bay”

“When one produces a broad historical work like “Horsemen of the First Frontier (1788-1900) & The Serpents Legacy”, perhaps the writer should not be surprised at any comments received. However, the number of Australian readers who have recently said things like “I didn’t know the British East India Company had anything to do with Australia” indicates a generally widespread gap in our historical knowledge of the early colonial period. This is especially so when the same people had learnt at school about the British East India Company’s major role on the Indian sub-continent, in the Opium Wars with China and with the “Boston Tea Party” of 1773, which was a precursor to the American War of Independence.

In essence, from the very inception of New South Wales in 1788, the Royal Charter of the British East India Company conferred an exclusive right on the Company to control all trade to and from the penal Colony. Further, the founding Governor, Captain Arthur Phillip RN, was specifically instructed to prevent private individuals from trading with India, China and the colonies of any European nation. To this end, the local building of any craft capable of such trading was expressly forbidden. Yet from as early as 1792, the E. I. Company’s monopoly right over all NSW commerce was being seriously flouted. However, the breaches were conducted in a subtle manner, being nothing as dramatic as when a party of American colonists dressed up as Mohawk Indians, boarded three British vessels in Boston Harbour and poured forty-five tons of tea into the sea. Early New South Welshmen were obviously much less flamboyant and dare we say, more discreet!”

I have written elsewhere about my late friend Keith Binney’s monumental tome Horsemen of the First Frontier (1788-1900) and The Serpents Legacy. I commend it to you.