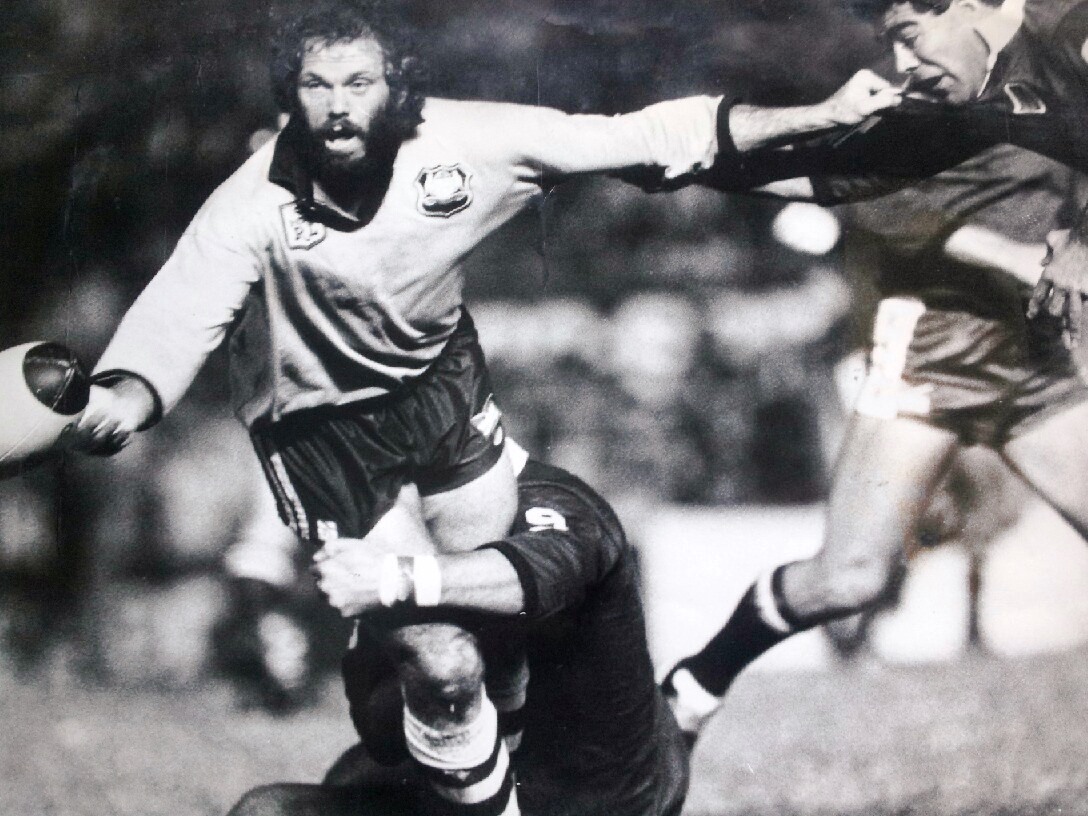 The Clayton Cup Cleals; or maybe that should be the Clayton SHIELD Cleals?

Scone Rugby League Club ‘The Thoroughbreds’ are extremely proud of being the most successful Country Rugby League club in the history of the game, surmounting South Sydney’s Grand Final total of 20 premierships in 1994. With a total of 27 1st Grade Premierships, the club won a Clayton’s Cup Title in 1979 and an undefeated Premiership in 2003.

The club is also proud to have produced past and present NRL players including: John Morris, Todd Lowrie, Dane Tilse, Luke & Adam Clydesdale and James Barker. Darren Albert, Mick Tilse and David Adams, along with both Noel and Les Cleal have all pulled on Thoroughbreds’ jumpers. The club also boasts Rees Duncan who was a member of the 1952 Kangaroos and local legend Don “Bandy” Adams who was a member of the 1956 Kangaroos. Have they forgotten the great Barrett Shield teams of the 1930s?

It was 1979. The gigantic Cleal Brothers, ‘Crusher’ Noel and ‘Cruncher’ Les, who came to Scone from Warialda via Sawtell were the sensation of the Group 21 competition.Col Watts told me a great story of the early impact of the Cleal brothers and equally ferocious fellow import Bob Barker. The Denman Red Devils were enduring a pummeling and being bowled over like nine-pins. There was one man left on the bench. ‘Your turn to go on mate’ said the coach. “No way” replied the last-man-sitting. “I have a wife and kids at home. I’m not running out there to be killed”!

Scone had run rampant throughout the season and were playing Muswellbrook Rams in the Grand Final at Scone Park. On form it looked like a formality. It wasn’t. The Rams dug deep. It was a typical Grand Final arm wrestle. The final whistle did not come soon enough for the rattled Thoroughbreds. The final score was 13 to 12 in favour of the locals. They had to defend this lead for 20 minutes. It must have seemed like 20 hours to the players. Scone was awarded the Clayton Cup for the best Country League Club by the NSW Country Rugby League. It probably wouldn’t have been possible without the Cleals. I have heard well lubricated retrospective ‘contrary’ stories in the pubs and clubs: how the locals had to ‘carry them over the line’? They would have needed a couple of forklift trucks! The rest, as they say in the classics, is history.

My mate Brian, a plumber from Tea Gardens, played in the Grand Final as a hooker; for the ‘Rams’. He was telling me one night in the local pub how unlucky the Rams were to lose. It was a home town decision with blind referees and crooked linesmen. After a few more schooners the Cleal brothers were a ‘pair of overrated wimps’. The Rams should have won by 20 points. It deteriorated from there!

Scone RLFC won the Community Group of the Year Award at the UHSC Australia Day Ceremony on January 26th 2018. The following is their testamur.

Scone RLFC in the most successful Rugby League Club, in terms of Premierships won, in Australia. In 2018, they were successful in winning the Ladies League Tag, Under 18s, Reserve Grade and First Grade Premierships. This feat has not been achieved since 1976 and by no other club in the Group 21 competition since its inception.

Scone Junior League had Grand Final Teams in the Under 10’s, 11’s in Group 21, Under 12’s Maitland RLFC and Under 13’s Newcastle RL competitions. They also had 37 representatives in the Group 21 representative side, the Great Northern Tigers and Newcastle Knights Harold Matthews competitions. Former ‘Thoroughbreds’ player, Jock madden, was selected in the Australian Schoolboys Rugby League side, after captaining the NSW CCC to a victory at the Australian Championships.

The focus in 2018 was to forge links between the Senior and Junior League Clubs to increase player development and welfare. The clubs have established links with ‘Where There’s a Will’ and had a focus piece with Phil Rothfield in the Sunday Telegraph regarding some of the initiatives implemented by both clubs. Together they have raised funds for the ‘Buy a Bale’ initiative.

The vibe, excitement and positivity based on their achievements has filled the community with a sense of pride and accomplishment and a passion to work collaboratively to continue to develop links across the Upper Hunter.