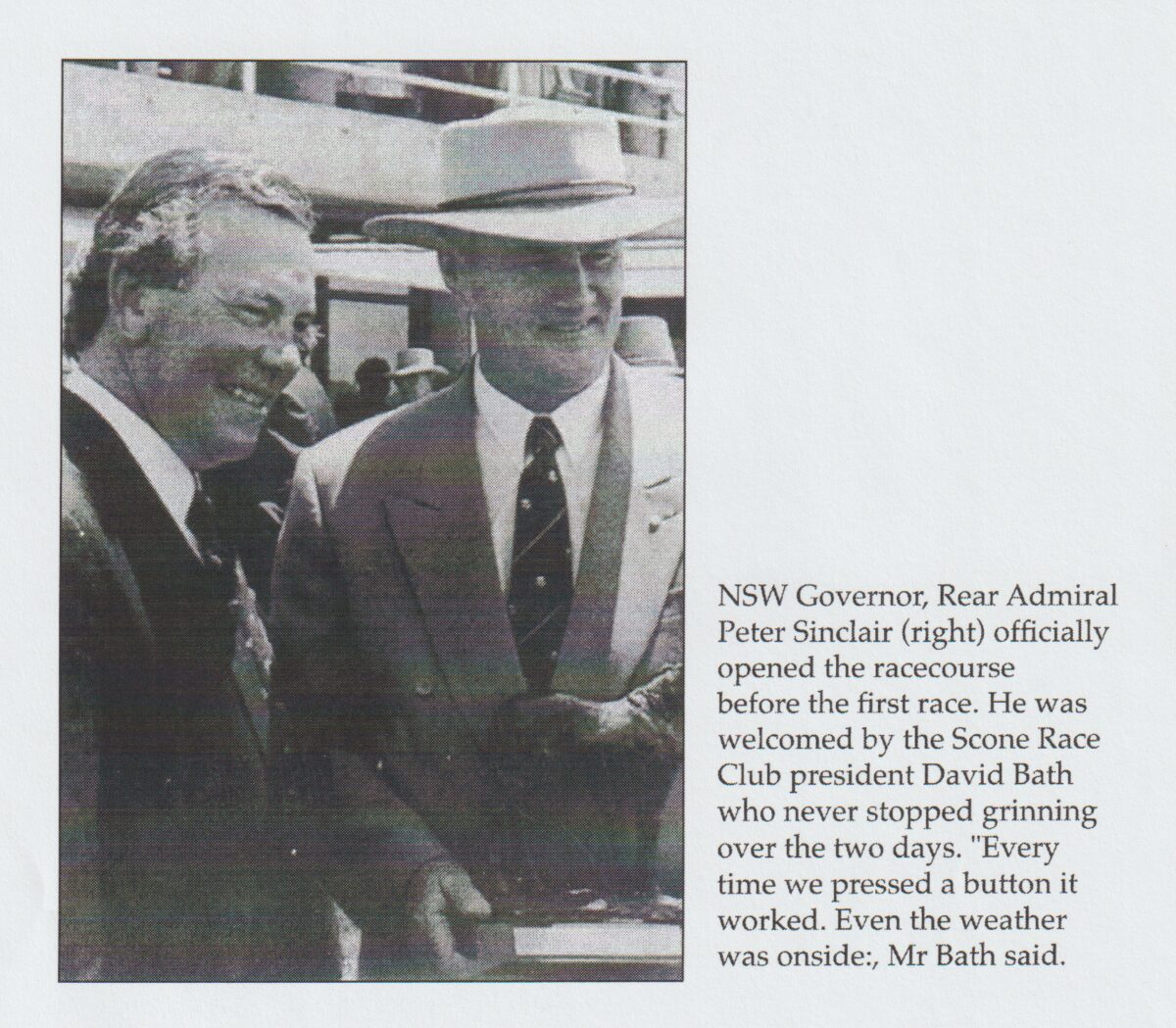 One could mount a strong argument that David Bath was one of; if not the most significant leader at the helm of racing in Scone throughout its various iterations over 180 years (1842 – 2022).

He served as President of Scone Race Club from 1984 – 1994 having succeeded Bill Howey (1978 – 1984). David had inherited ‘Bhima Stud’, Scone which was the home of Star Kingdom’s son ‘Biscay’ as well as other notable sires. During David’s decade at the top Scone Race Club was transformed from its popular although ‘physically restricted’ tenure at White Park (1947 – 1994) to the present exceptional eclectic location at Satur. It was thanks to David’s calm demeanour and firm resolve in managing a testosterone-driven cadre of strong individuals that he was able to hammer home the overall success of the ambitious agenda. He successfully moulded the team to produce the outstanding result members, patrons and the professional racing fraternity appreciate so much today.

David traits include but not limited to being loyal, generous, gentle, gregarious, kind, charitable and unselfish. The Scone Race Club is proud to be able to recognise and acknowledge a truly outstanding leader on Today’s program (Country Championships ‘Consolation’ Sunday 20 March 2022)