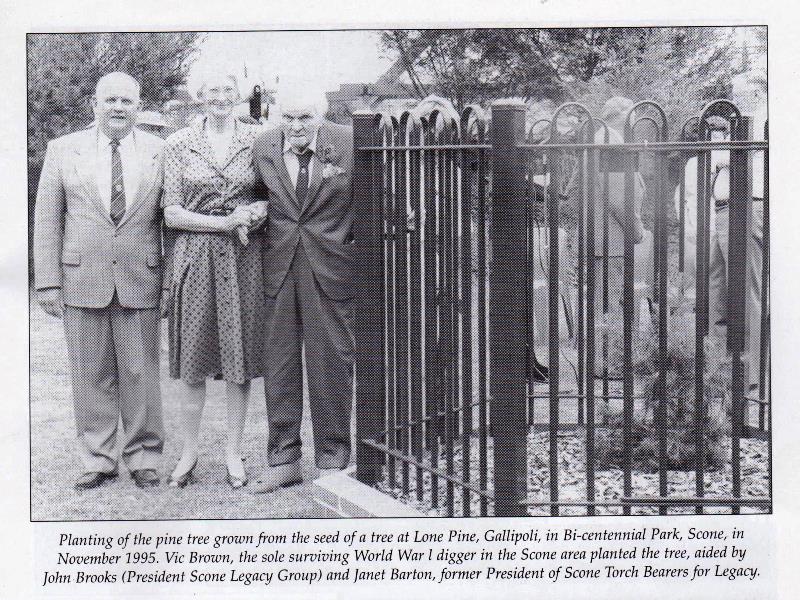 Featured Image: Courtesy of ‘The Way We Were’; A Pictorial History of the Scone District 1901 – 2001 by Anne McMullin, Kath Farrell and Audrey Entwisle; Federation Publication No. 4; Published by Scone and Upper Hunter Historical Society Inc. 2001

WWI veteran Vic Brown was a veritable local legend.  It’s significant that he is accompanied in the image above by Mrs Janet Barton (plus John Brooks). I believe Vic was a great help to Janet in her garden at ‘Geraldton’; where Sarah and I now reside. Sarah is doing a wonderful job having ‘inherited’ the pristine parkland. I’m relegated to occasional but not always tractable labourer and willing hand mower. I’m forbidden to use the sit-on mower. I’ve been known to wreck things. The latter is not good at shaving rocks; and I’m too heavy anyway!