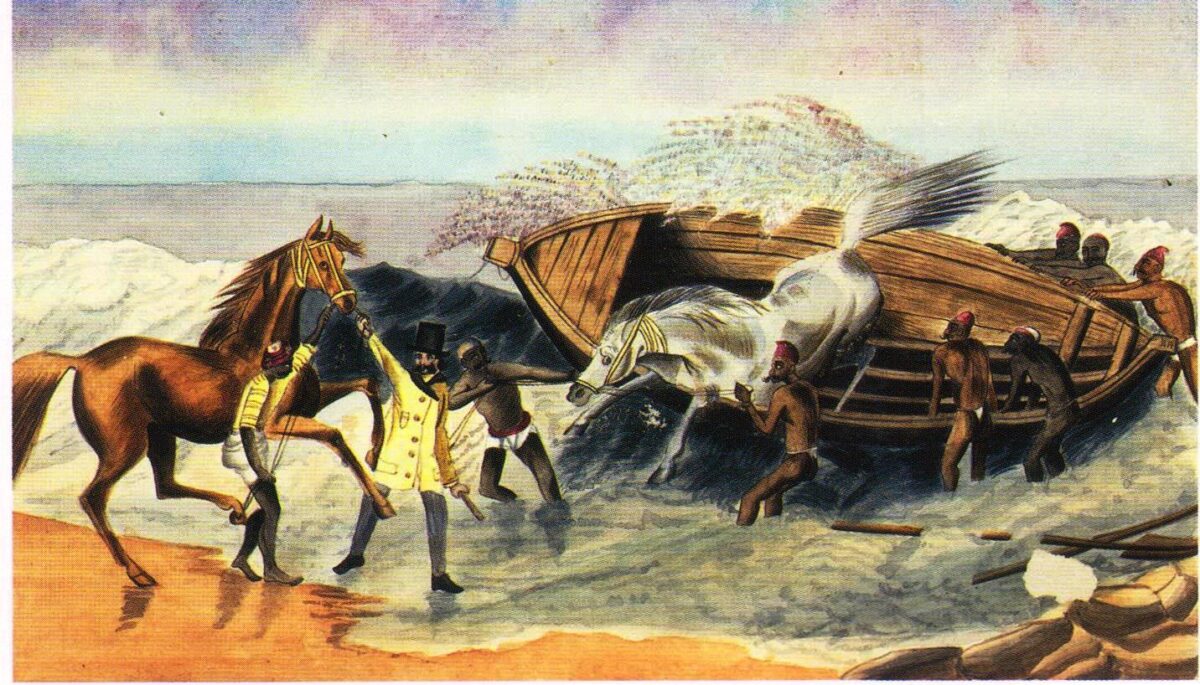 Walers. Predominantly a mixture of Arab and thoroughbred, were used in the colony and exported for use as remounts by the British Army. The first shipment of 32 left the colony for India in June 1834. These horses were in demand until the 1930s. Artworks such as Landing horse from Australia highlight some of the difficulties associated with this trade. ‘Waler’ became the term commonly used for an Australian horse abroad.

These artworks reveal the spirit of colonial life and the significant role of the horse.