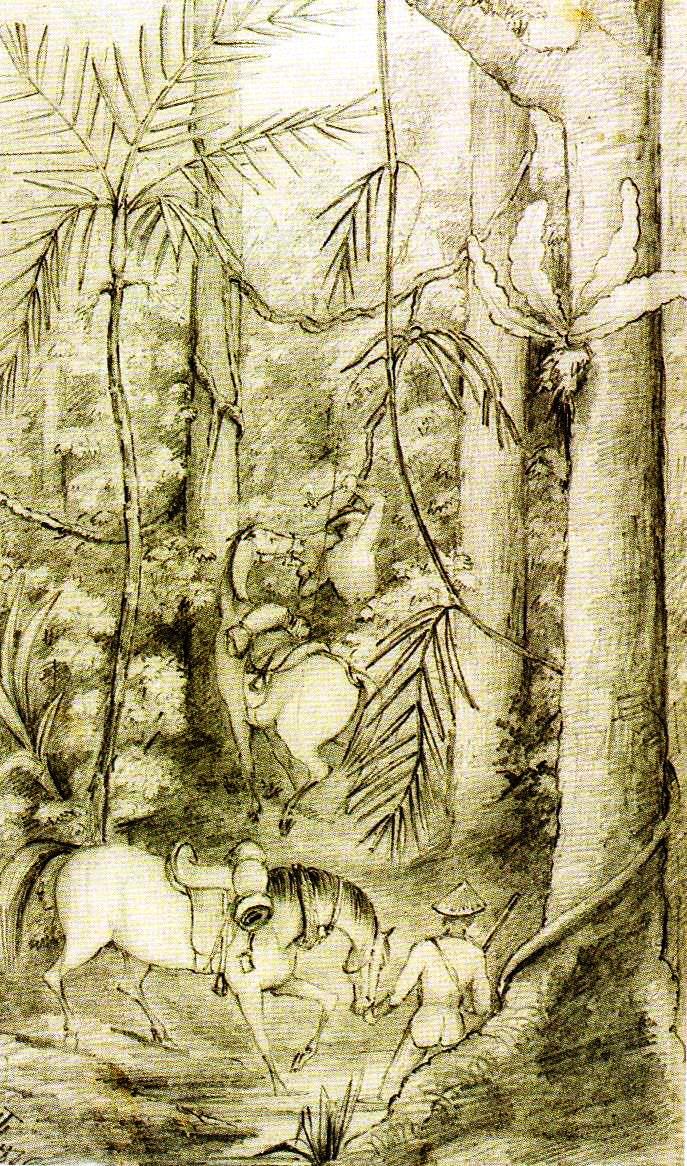 Amateur on-the-spot works, such as Party landed from HMS Rattlesnake by Thomas Huxley, typically depict the horse as part of a significant milestone or novel event. Professional artists were most likely to feature the horse with a standard narrative sequence that may include the departure, early stages of the journey, expedition threatened by adverse conditions, and the return.