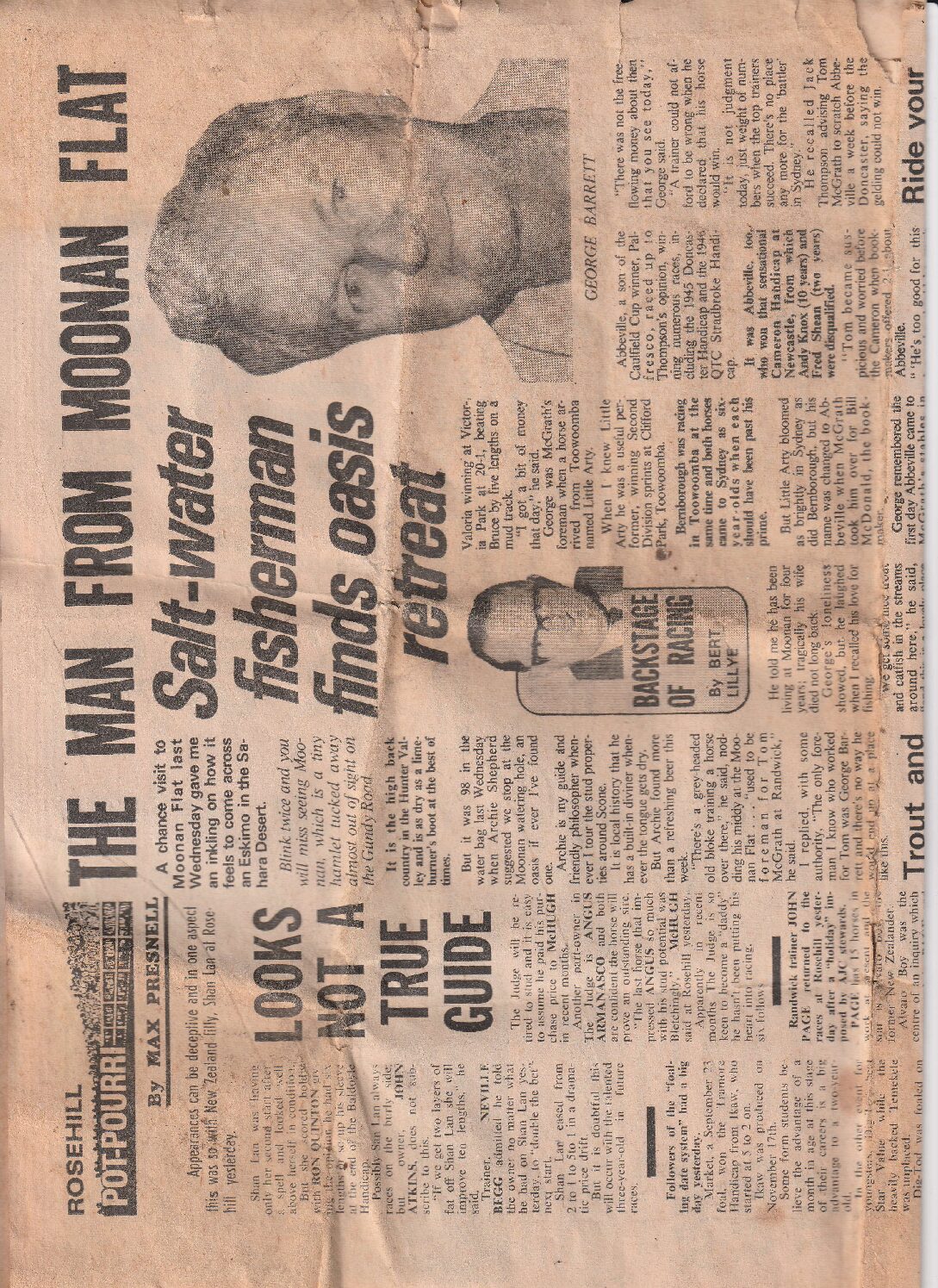 There’s little doubt that George Barratt was an ‘unlikely’ resident at Moonan Flat. Even less likely was it that Australia’s leading racing journalist of the day and a ‘Hall of Famer’ Bert Lillye would track him down? Both reckoned without the exquisite detection skills of long-term Scone resident Archie Shepherd. Archie had honed his survival instincts as a Forward Scout at Shaggy Ridge (NE Papua New Guinea) in the epic WWII contest versus Japan in the Pacific arena. ‘Keeping a (betting) book’ was part of the scenery. It was a wartime habit Archie fine-tuned to perfection when back in civvies at Scone. Uncovering the whereabouts of the likes of George Barratt would have been child’s play for Archie? There’s no racetrack at Moonan Flat but there used to be in the halcyon gold mining days of yesteryear. See ‘The Dennison Diggings’ elsewhere in this ‘Blog’. Does anyone remember George Barratt?

George Barratt was a fitter and turner by trade when he began working for trainer Tom McGrath (Kensington) in 1936. He recalled horses such as ‘Valoria’ (Jim Pike), ‘Little Arty’ ex-Toowoomba and later renamed ‘Abbeville’ (Jack Thompson; 1945 Doncaster Handicap, 1946 QTC Stradbroke Handicap) and ‘Main Topic’ (AJC Derby 1942. It was a great surprise to Bert that George had chosen Moonan Flat for his final resting paddock. He was a committed Salt-water fisherman but was able to snatch trout and catfish from the upper reaches of the Hunter River tributaries around Moonan Flat. At the time (1979) he had one horse in work at Scone named ‘Sun King’. I should remember because I was President of Scone Race Club then but I’m struggling; not for the first time!